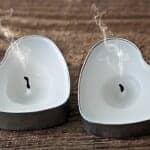 It’s not a secret any more. Ben Affleck and Jennifer Garner have announced their divorce after 10 years of marriage. While some are surprised that this seemingly solid couple with three beautiful children has split, what’s most encouraging is how the two are handling their situation. Here are seven things we can all learn from the Ben Affleck and Jennifer Garner divorce. 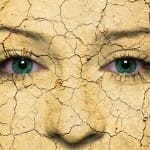 1. Perfection is an Illusion – To the world, Ben Affleck and Jennifer Garner looked like the perfect couple. Maybe that is what people thought about you and your spouse, too. If so, that only makes your divorce that much harder. You feel like you have to justify yourself, and explain to the world how your “perfect” marriage wasn’t so perfect. You Don’t. It’s your life, and your divorce. You don’t need to explain it to anyone.

2. No One Knows What Goes on Behind Closed Doors – Jennifer’s “people” have allegedly chalked up the divorce to Ben’s drinking and gambling. Ben’s “people” have said the divorce is a case of two people growing apart. What’s the truth? Who knows? Probably only Ben and Jen, and even they likely have different opinions on the subject. Here’s the bottom line: once you decide to divorce, whatever caused the breakdown of your marriage is history. How you handle yourself from this point forward is what you need to focus on. 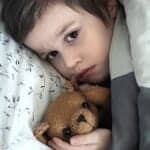 3. Putting Your Kids First is Possible – The best thing you can say about this celebrity divorce is that both parties really seem to be trying to put their kids first. They already have agreed on joint custody. They timed their announcement for when their kids were out of school. They are keeping their kids out of their mess. If they can do it, so can you.

4. The World Doesn’t Need to Know Your Business – Once they were ready, Jennifer and Ben issued a joint statement, announcing their divorce and stating, “This will be our only comment on this private, family matter.” While you and your spouse may not send out a press release about your divorce, you can politely convey the same message to those who are determined to put their nose in your business, “This was a difficult decision, but one we have both decided is best. Please respect our privacy at this tough time.” 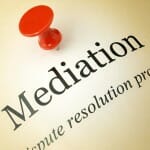 5. Mediation Can Prevent All Out War – How many celebrities divorce wars have we read about in the tabloids and the press? While mean and outrageous divorce stories may sell magazines, that kind of ugliness can’t be good for the couples involved – or their children. Ben and Jennifer have opted to use a mediator to resolve their issues. That doesn’t mean they don’t have issues. I’ll be they do. I also bet that, as long as they use a mediator and stay out of court, we’ll never know what they are.

6. Divorce Takes Time – In spite of doing their best to hide it, Jennifer and Ben now admit that they have been separated for more than six months, and have been in counseling for years. Clearly, they took time in coming to their decision to divorce. Don’t be surprised if your decision to divorce takes time, too.

7.  No Matter How Horrible Your Divorce is, at Least You Don’t Have to Deal With it in the National News. While it might be nice to earn the money that famous Hollywood actors make, the one thing we all can learn from the Ben Affleck and Jennifer Garner divorce is that there are times when being an average person is better than being a movie star.