Many people see divorce as a game – and one they definitely want to win! Actually, they don’t just want to win. They also want to make sure their spouse loses!  To achieve those ends, these players adopt divorce strategies that they believe will catapult them ahead of their spouse. What they don’t realize is that in the world of divorce, if you want to play, one way or another you’ve always got to pay.

In spite of the fact that so many people see divorce as a game, they usually don’t consider themselves to be players. They see their spouse as a player. But, game playing usually goes both ways.

The same people who loudly protest that their life is not a game will continue to do things that drive their former spouse insane, just because they can. They will pick fights, steal money, hide income, ignore court orders, and push their spouse’s buttons. At the same time, they will complain that their spouse is abusive, cheap, arrogant, and insensitive.

No matter what you call that kind of behavior, the truth is, its game playing—and it’s destructive. 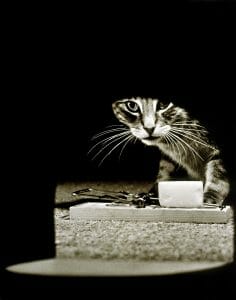 Divorce Strategies That Only Seem Like They Will Help You “Win”

Game playing in divorce comes in many different forms. Whether you want to admit it or not, if you are doing things on purpose to make your spouse suffer, cost him/her money, or just play with his/her head, you’re playing a game. If you’re using divorce strategies that are illegal, unethical, dishonest, or just mean, you’re playing a game.

The problem with trying to “win” the divorce game is that the same divorce strategies that you use to “win” your divorce, usually cause you to lose in the big picture or your life.

Refusing to trade weekends with your kids when your spouse has a conflict may hurt your spouse. But it can also hurt your kids. Plus, next time, when you need a favor from your spouse, don’t hold your breath waiting for it to happen.

alimony may feel good in the moment. But ultimately it eats at your self-respect. It also erodes your relationship with your ex. While you might think that doesn’t matter, co-parenting with someone who can’t stand the sight of you is never easy.

There are countless games people play in divorce and innumerable divorce strategies for playing them.

Here are seven of the most common (and destructive!) divorce strategies people use to try to get the upper hand over their spouse in divorce.