Unless your last name ends in the word “Kardashian” you’re probably not a big fan of making a public scandal out of your private life. Like it or not, though, your divorce records will be public information. If you don’t want your dirty laundry (or financial information!) to become public, it’s worth investing some time and energy into making sure that you’re not “oversharing” in your public divorce records.

Why Your Public Divorce Records Matter

In our uber-connected digital age, keeping your private life private matters more than ever.

Employers today routinely run background checks on job applicants. While you may think that a potential employer won’t care about your past marital history, if that history includes allegations of domestic abuse, adultery, alcoholism, addiction, or other “bad behavior,” you’d better think again.

What’s more, if you’re a licensed professional, those kinds of allegations can jeopardize your professional license. If you’re in the military or work in security, they can impact your security clearance. Even if you’re in a profession that’s not directly affected by whatever is in your public court records, it still doesn’t look good.

… and it’s there forever.

In the past, finding court documents (especially old court documents) was about as easy as finding the Ark of the Covenant that Indiana Jones buried in a government warehouse.

Today, though, accessing someone’s divorce court records is just a Google search away. ( … and if you’re not technologically savvy enough to get the records yourself, for under $100 you can hire an agency to do a background check on whoever you want.)

It really is that simple.Because of that, it’s generally best to keep the amount of personal information that’s in your divorce court file to a minimum. 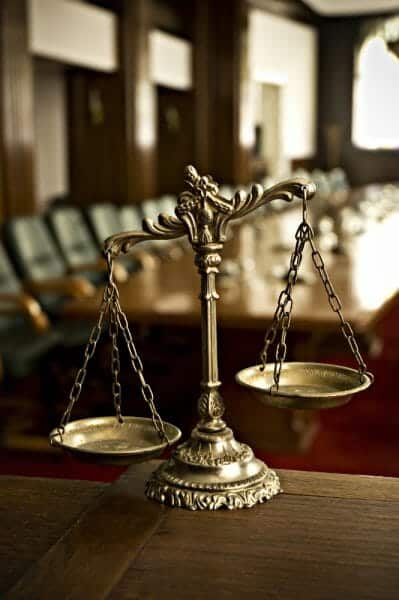 Are All Divorce Records Public Information?

The short answer to that question is: Yes, no, and sometimes.

Courts in the United States are open to the public. As a matter of public policy, therefore, most divorce records are public information. Anyone can look at any court file they want, whenever they want to look at it. (…as long as the court is open or the documents are online.)

Yet, some divorces involve such high profile personalities, or such sensitive information, that a judge may choose to seal the court records in those cases. When that happens, the records are removed from the public eye.

While that seems like it would be a great option if you want to keep the details of your life out of the public divorce records, sealing a court file isn’t easy.

Judges are responsible for maintaining “the public record.” They are responsible for safeguarding public access to court information. Most judges take those responsibilities very seriously. They usually require a very compelling reason for placing a court file “under seal.”

The fact that you don’t want the facts of your divorce made public is simply not enough. 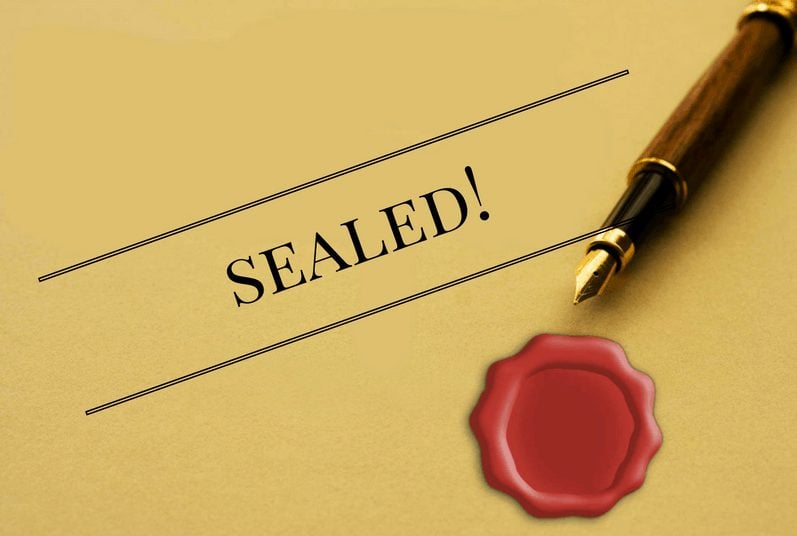 While doing this, too, requires a judge’s permission, judges are usually much more likely to grant your request to keep a specific document out of a court file than they are to keep the whole court file out of the public record.

The challenge is that you can only use this technique for a document or two. It also only applies to the documents YOU file, or to documents that you and your spouse BOTH want to stay out of the court record.

In a contested divorce, however, getting your spouse to agree on anything can be impossible. 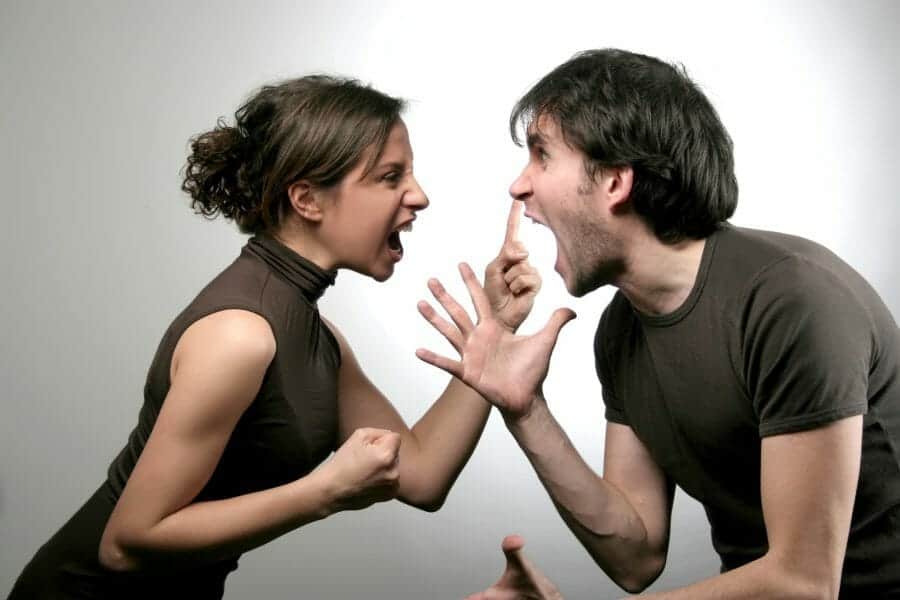 Keeping the details of your private life out of your court file in an amicable divorce is usually relatively easy.

That’s because in an amicable divorce you and your spouse typically only file a few documents in court anyway. Because you’re not fighting each other, you can keep the language in those documents fairly “vanilla.”

At the end of an amicable divorce you also have a much better chance of keeping your sensitive financial information out of the court file because you and your spouse will BOTH be asking the judge to keep it out of there.

In a contested divorce, however, everything is very different.

First, you and your spouse are probably going to be filing a LOT of documents in court. Every one of those documents will likely be filled with all kinds of allegations about what each of you did or didn’t do to the other.

‘There will also be contested hearings, judicial rulings, reports, transcripts, and a lot of other documents that are full of damaging information in your court file.

Some of the information contained in all those documents will be objectively true.

Other information may not be.

How can that happen? Isn’t everything that makes it into the court file supposed to be true?

In a perfect world, the answer, of course, is “Yes.”

But we don’t live in a perfect world.

But My Spouse Lied!

One of the most aggravating – and damaging – realities of divorce is that not everything that gets written into court documents is absolutely “true.”

That’s because in divorce, “truth” like “beauty” is often in the eye of the beholder.

Each spouse “remembers” facts differently. Each one swears that his/her version of the facts is true. Yet both sets of facts are completely different.

What’s more, lawyers have a way of “spinning” the facts in a court document to favor their client. To a certain extent, that’s their job. They need to persuade a judge to see the case the way THEY see the case. That way, the judge will rule in their client’s favor.

Even in court documents, people lie. They lie all the time.

And while we’d all love to believe that if you lie in a court document you’ll end up in jail, the reality is that you probably won’t.

That’s not to say that if you lie in a court document you won’t suffer any consequences at all. If you get caught, you will.

But the way that the court process is structured, “the truth” doesn’t always come out – or come out as clearly – as we’d like.

That’s because most divorce cases settle. Most divorce issues never go to hearing or trial. So, what happens is that your spouse’s lawyer files some court document that says you did some horrible thing. You file a response that says you didn’t do that thing. But before any judge actually holds a hearing on that issue, you settle.

So, no one looking at the court file will ever know whether the allegations against you were true or not. 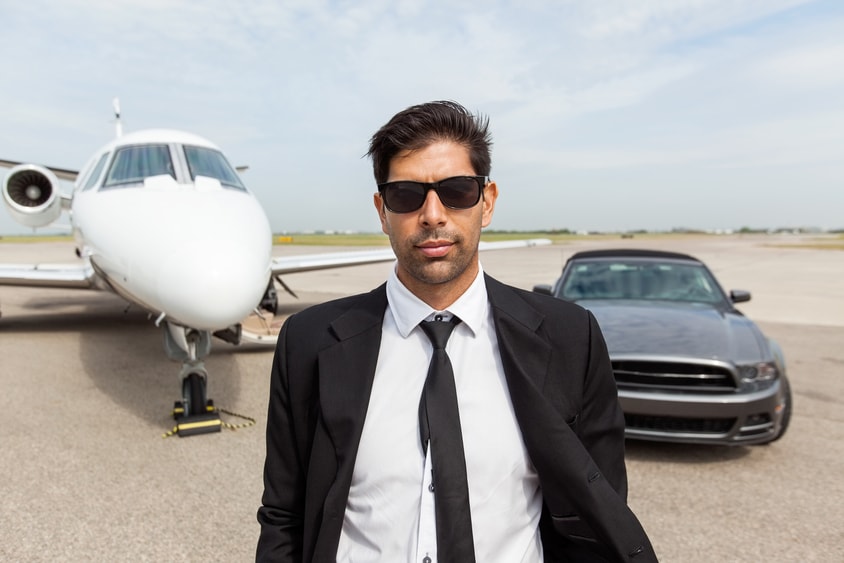 What Celebrity and High Net-Worth Divorces Teach Us About Privacy

Human beings love to read stories about people who have fallen from grace. The richer or more important the person is, the more other people want to discover their flaws.

That’s why we’re all drawn to stories of celebrity divorces. It’s why gossip magazines exist.

Yet, the vast majority of high profile and high net-worth divorces never get heard in court. They’re argued and resolved privately. The documents that make it into the public divorce records in those divorce cases are usually simple, bland, and uninteresting.

For example, Bill Gates and Melinda French Gates announced they were getting a divorce in May, 2021. They were divorced in August, 2021.

The same thing was true of Amazon founder Jeff Bezos and his wife MacKenzie Scott Bezos. The couple announced in their divorce in January, 2019. It was final in April, 2019.

They stayed out of court in spite of the fact that the day after they announced their divorce the National Enquirer came out with an explosive story about Jeff Bezos’ extramarital affair.

Of course, even high-profile couples sometimes slog out their differences in divorce court. But, most of them understand that the damage that an ugly, public divorce will do to their reputations, their businesses, and their careers isn’t worth the fight. 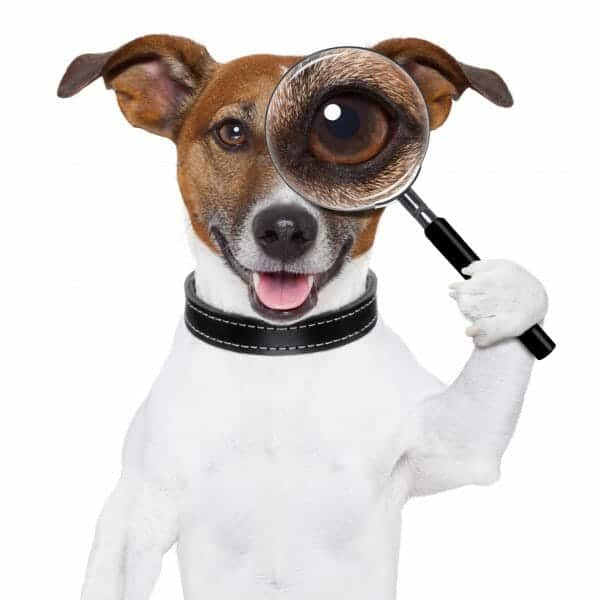 No matter how much money you have, or how good your lawyer is, there is fundamentally only one way to keep your private life out of the public record.

Don’t put it there in the first place.

If you want to maintain your privacy and keep control over your personal information you’ve got to stay out of court as much as possible.

That means using mediation, arbitration, or Collaborative Divorce to resolve your divorce issues. It also means getting a therapist, a coach, and maybe even a divorce support group to help you manage your emotions as you go through the divorce process.

In short, maintaining your privacy means actively managing your divorce process rather than letting it rage out of control in a public forum.

While it’s true that at some point you’ll have to file something in court, if you can resolve your divorce outside of court, you can keep the documents you file (and the information they contain) to a minimum.

No matter who you are, you have the power to keep most of your divorce information private.

But, like everything else in life, doing so is a choice. It also takes effort … and a little co-operation from (or persuasion of!)  your spouse.

If your spouse won’t cooperate and has already lawyered up, you’re probably on the road to having more of your private information in the public divorce records than you’d like. But, even still, by doing your best to dial down the drama, you can also start to protect your privacy too.

As long as your divorce isn’t already over, it’s not too late.

Talk to your divorce lawyer about the steps you can take in your case to protect your privacy now.

Reinventing Yourself After Divorce: 25 Tips to Create a Life You Love