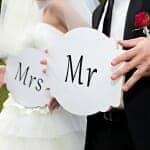 “Who? Me? Get married again? Are you crazy?!” The last thing that most people want to do after they have just gotten divorced is to get married again! But once the dust has settled, things change. When their divorce is farther behind them, most people eventually start thinking about love again.  They wonder whether their life after divorce will include a new love.

How Accurate are the Statistics?

If you pay attention to statistics, the outlook is pretty grim.  60% of all second marriages and 73% of all third marriages end in divorce.  But, statistics can be misleading.

In 1986 Newsweek predicted that a 40 year old single woman had a better chance of being killed by a terrorist than getting married.  Twenty years later, Newsweek admitted that its story had been incorrect.  But as a young, single, professional woman in the 1980s, reading that statistic was rough! I felt like either jumping off the top of my office building  or joining the nearest convent! Thankfully, as a complete hopeless romantic (yes, a divorce lawyer can be romantic!) I didn’t give up.  And, in case Newsweek cares, I did manage to get married to the love of my life … after I was 40!

Given my own experience with “shock and awe” statistics, I wasn’t surprised to learn lately that the grim statistics for second and third marriages might not be entirely accurate.

Harvard Medical School conducted a 75 year longitudinal study known as the “Grant Study.”  That study found that few, if any, of the men in the study who were stuck in a bad marriage by middle age were able to turn it around.  But many of the men who divorced in middle age went on to have happy new marriages which lasted for decades. (The study only included men.)

Is it Possible to Find Love Again? 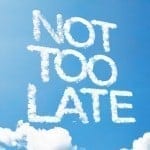 Professor George Vaillant, who oversaw the Grant Study for over 45 years, admitted that he had been startled by the number of men who got divorced and then went on to find lasting love.  He told the story of a man who had been divorced three times and, at age 45, met a woman who helped him turn his life around.  He stayed happily married to her for the next 42 years.

Tara Parker Pope, the author of For Better: The Surprising Science of How Happy Couples Can Make Your Marriage Succeed, also disputes the validity of the divorce statistics we have all come to accept as true.  Parker Pope states that:

“because so many variables in the marriage-and-divorce equation are changing, a simple calculation comparing marriages and divorces in a given year ends up distorting the result and suggesting that the divorce rate is higher than it really is.”

Your Happily Ever After

Whether you find love in your life after divorce depends on you.  Whether you make a second or a third marriage work depends on you. It depends on who you choose to marry and how you live your life.  You are not doomed to live a life of misery and loneliness just because you are divorced.

Trust me. If I could manage to find love, get married, and not get killed by a terrorist after I turned 40, you can definitely do so too.