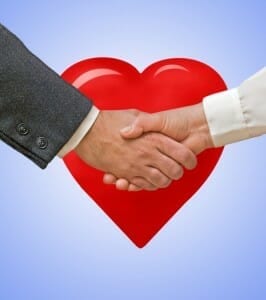 In this day and age, prenuptial agreements are nothing new. For anyone with a big income, or a sizeable chunk of money, or who has kids from a prior marriage, signing a prenuptial agreement before marriage is pretty standard. Most “prenups” lay down the rules for who will get what if the parties divorce or if one of them dies. Now, some agreements (ironically dubbed “love contracts”) are going even farther, and setting out how the parties will live while they are married.


Officially known as “lifestyle clauses” these love contracts have been used to lay the ground rules for how parties will act during their marriage. Mark Zuckerburg reportedly agreed in his prenup that he would spend at least one night and 100 minutes of alone time per week with his wife, Priscilla Chan. Jessica Biel will reportedly receive $500,000 if husband Justin Timberlake ever cheats on her. Catherine Zeta Jones will get $2.8 million dollars per year she and her husband Michael Douglas divorce, plus an additional $5 million bonus if he is caught being unfaithful.


Lifestyle clauses cover more than infidelity, though. If Keith Urban, who has allegedly battled cocaine addiction, uses illegal drugs, his prenup with Nicole Kidman states that he will give up any claim to her fortune. Lifestyle clauses in others’ prenuptial agreements provide penalties if a wife gains weight, or if a husband watches more than one football game a week. They lay down the rules for everything from having children to having sex. But, if you’re not rich and famous (or maybe even if you are) should you sign this kind of a love contract before you’re married?


The first thing you need to know is that most of these lifestyle clauses are probably not enforceable in court. While at least one court has upheld an infidelity clause in a prenuptial agreement (i.e. if one party cheats the other party gets a certain amount of money or property), its hard to imagine that any judge really wants to spend precious court time conducting a trial over whether a couple had sex enough (or too much) during their marriage! So, if lifestyle clauses aren’t enforceable, should you even bother? The answer, of course, is “it depends.”


While lifestyle clauses may not be legally binding, proponents of them argue that, psychologically speaking, they are helpful to have. And, maybe they are. Certainly, having an honest discussion with your soon-to-be-spouse about money and lifestyle issues is a great idea. And some issues, like infidelity and substance abuse, probably are important enough to include in a prenuptial agreement. But sometimes, too much is too much.


I happen to be a big fan of prenuptial agreements … in the right circumstances and for the right things. If you really have to sign a legal document saying you agree that if you gain 5 pounds your spouse gets $100,000, why are you getting married? I mean, seriously! Do you want to have to live your life worried about having to pay out large sums of money to your spouse if you do something s/he doesn’t like? Isn’t maintaining a happy, healthy, marriage hard enough as it is?


So, if you’re about to get married and you’re contemplating a prenuptial agreement, think about why you want it, and what you really hope to achieve. If you want to protect your pre-marital assets so that you don’t end up bankrupt if you divorce, that’s one thing. And, if you really want to set out what happens if a few important bridges are crossed (like infidelity), that’s fine. But, if you need to write down a list of everything you want your spouse to do during your marriage, as well as the punishment s/he will suffer for not doing what you want, maybe you ought to re-think getting married in the first place.


To read more about love contracts and lifestyle clauses, check out: