Florida Attorney Paul Rampell recently set off a storm of controversy when he proposed a new way to get married. Its called a “wedlease.” The idea is fairly simple. Instead of entering into a traditional marriage, which, at least theoretically, involves a lifetime commitment, people could choose to enter into a “wedlease,” in which they would commit themselves to be married for a certain number of years. When the lease expired, the couple could either choose to renew the lease, or walk away. That way, “The messiness of divorce is avoided and the end can be as simple as vacating a rental unit.” … Seriously?! Ok., when you are in the throes of a bitter divorce battle, the idea of being able to just “lease” a spouse and walk away quietly when the lease is done has a certain appeal. That way, everyone would know right from the start that the relationship was temporary. There would be no court battle when the term of the lease was over. Instead, you and your spouse would just agree not to renew your “wedlease,” and go your separate ways. What could be easier?


Putting aside for the moment the shallowness of a relationship which presumes that at the end of it you can be “vacated” like an old apartment, what’s wrong with a “wedlease?” A lot.


First of all, treating marriage like any other legal contract is to completely ignore the realities of the marital relationship. Yes, marriage is a contract. But it is also a relationship. It is a legal, financial and emotional relationship between two people. When that relationship ends, its painful and messy – and not just legally. Finances have to be split apart. Hearts are bruised and broken. Lives and lifestyles are completely upended. And then, there’s the children. 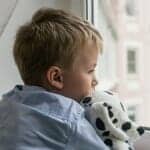 You can’t “lease” children. Once you give birth to them, they are yours forever. So, what do you tell your six your old child when the term of your wedlease is up? “Sorry, honey. Mommy and Daddy’s lease has expired, so we are going to split up. We still love you, though. And, don’t worry … we won’t lease you.” … Seriously?! And your child will believe that? The divorce we have today is difficult enough on children. To add in the whole idea of “rent a marriage” would only hurt children more.


For those who think that having a wedlease will eliminate divorce, think again. We all know people who have broken leases. Life changes. Someone gets a new job. Someone wants to move on. Just as regular married people decide that they need to get divorced, so too would people who are caught in a wedlease for a longer term than they care to maintain, want to get divorced. What happens then? Do they go to divorce court, or landlord tenant court? Proponents of the wedlease argue that using a wedlease would make separating finances at the end of the term of the lease easier than it is in a divorce. The idea is that, in the wedlease the parties would simply list the property they want to keep separate, and state clearly what happens to any joint property when one party dies or the term of the lease ends. Maybe I missed something, but I thought that was called a “prenuptial agreement.” What’s more, as any lawyer can tell you, just because a couple has a prenuptial agreement, that doesn’t mean that they won’t fight about that agreement later in court anyway. One person may challenge the validity of the agreement, or claim that the agreement is unclear. To think that parties to a wedlease would act any differently is to delude yourself.


Attorney Rampell claims that the whole idea of a wedlease is to provide people with options about marriage. Normally, I’m a big proponent of having options. But we already have options: get married, or stay single. Those are options. The option of entering into a wedlease is an idea whose time has not yet come.
__________________