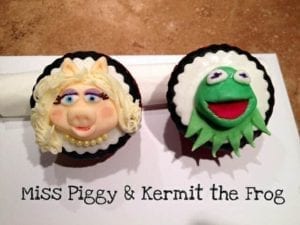 What makes celebrity divorces different from the average, run-of-the-mill marital split? You might think the answer is money, seemingly unlimited resources, or visibility. After all, celebrity divorces often get enormous amounts of publicity, are staffed with the best, high-powered divorce attorneys, and usually involve a marital estate that is bigger than the treasury of many small countries. While all of that is true, celebrities still have something more … something most divorcing people would benefit from greatly, but still never have.

I’ll give you a hint: Gwen Stefani and Gavin Rossdale had one. Blake Shelton and Miranda Lambert had one. Ben Affleck and Jennifer Garner had one. Even Kermit and Miss Piggy had one! 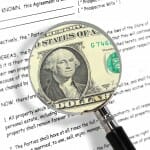 Think the answer is: a pre-nup? While that would be logical, and some of those stars may have had one (I really don’t know) that’s not the answer I had in mind. Plenty of celebrities – especially those in long term marriages – got married without a pre-nup, and plenty of average people wouldn’t get married unless they had one. Having (or not having) a prenuptial agreement is not what separates the celebrities from the rest of us.

So, What Makes Celebrity Divorces Different?

The answer is this: a publicity statement. When a celebrity couple decides to divorce, the most enlightened of them now issue a joint statement saying something like:

“After much thought and careful consideration, we have made the difficult decision to divorce. …”

“While the two of us have come to the mutual decision that we will no longer be partners in marriage, we remain partners in parenthood and are committed to jointly raising our three sons in a happy and healthy environment …”

“This is not the future we envisioned. And it is with heavy hearts that we move forward separately….”

“This is our only comment on this private matter … Thank you for your understanding.” 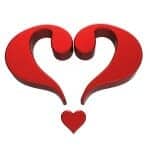 Why Have a Divorce Statement?

Hopefully, of course, you are right. Going through a divorce is difficult enough when you are only dealing with your own friends and family. Having to watch the demise of your marriage played out across the internet or on the evening news would be infinitely worse.

Yet, truly, the main difference between only having to tell your friends and family about your divorce, and having to tell your entire viewing public about your divorce, is the number of people you have to tell. Either way, the situation is painful and awkward. At best, you don’t know what to say. At worst, you have total strangers all up in your business.

Why Do Celebrities Do It? 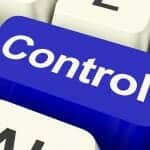 Celebrities issue publicity statements for a variety of reasons, not the least of which is control. We all know that the first thing that people hear often influences their opinions on a subject far into the future. By issuing a joint publicity statement announcing their divorce, celebrities can put their own spin on their situation before the paparazzi get their chance.

Issuing a joint publicity statement also has a second benefit: it tells people, very politely, that your situation is private and you would appreciate it if they would respect you enough to keep their mouths shut – at least to your face. While I’m sure that doesn’t stop some socially-challenged oafs from asking impertinent questions anyway, at least it puts everyone on notice that if they ask questions you don’t want to answer, you have reserved your right to tell them so.

I think the reason that most ordinary people don’t issue “divorce statements” is that they don’t think of themselves as celebrities. Plus, they think that, because they have never issued “a statement” before, that it would be weird to do it when they divorce. (They are right. It would.) But, even though sending a “divorce announcement” may be socially awkward, there is no reason you can’t prepare one anyway and have it ready for when you do need it.

When will you need it? Every time someone says you, “I haven’t seen your spouse in awhile. What’s up?” or, “I heard you are getting a divorce. Is it true?” You will need it whenever someone wants to talk to you about your divorce, but you would rather not have that conversation with them.

The Benefits of Having a Divorce Statement

Answering questions about your divorce is incredibly painful, especially early on, when your emotions are totally raw. Having a simple divorce statement that you have carefully crafted in advance has many benefits:

1. It allows you to control your message, the same way it allows celebrities to control their message;

2. It keeps you from having to think on your feet when your brain is in a fog. With a divorce statement, you already know what you will tell people when they ask about your divorce. You don’t have to worry about saying something stupid, or oversharing;

3. It prevents you from having to go into all of the gory details of your divorce with people who barely know you, but still feel entitled to ask prying questions;

4. It gives you something to put on social media (if you choose) so that you and your spouse can “tell” people about your divorce in a unified way, without having to actually say anything to anyone face to face. (Although, fair warning, posting your divorce on social media is a sure way to bring in a deluge of comments, so don’t go there unless you are ready to deal with the attention.); and

5. It allows you to convey the basic information, while politely telling people you don’t want to talk about it. If they continue to ask questions anyway, they are the ones being rude.

While you may have never thought about preparing a “divorce statement” before, and you may not think of yourself as a celebrity, this is one time in your life when it makes sense to do what the celebrities do.