The Alimony Tax Deduction: Will 2018 Be the Best Year to Divorce?

If you wait until 2019 to get divorced, you and your spouse could potentially pay thousands (or tens of thousands) more in income taxes. 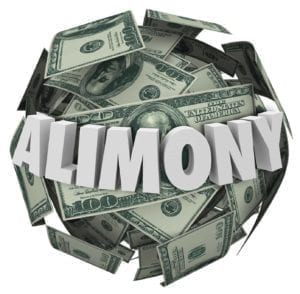 What is the Alimony Tax Deduction?

Alimony (spousal support/maintenance) is money that one spouse pays to support the other. The spouse who earns more money typically pays support to the spouse who makes less money.

Since the paying spouse is usually in a higher tax bracket than the receiving spouse, the couples who took advantage of the alimony tax deduction usually paid less income taxes overall. That left more money available to both of them after their divorce.

Is All Alimony Tax Deductible?

Until the recent tax law changes, alimony was deductible to the payor spouse as long as it met these conditions: 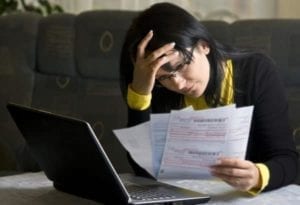 How the Alimony Tax Deduction Worked

Let’s take a simple (totally made up!) example. Let’s say that Mary, the higher earning spouse, was going to pay John, the stay at home dad, $5000 per month in alimony.

Because of the alimony tax deduction, Mary wouldn’t have to pay income taxes on the $5000 she paid to John. So, even though Mary was paying John $5,000 per month, because of the tax break she got, she was only out of pocket $3,400 per month. (Again, these numbers are totally made up! The exact numbers will vary based upon your circumstances.)

The flip side, of course, was that when John got the $5,000 from Mary every month, he had to save a part of that money to pay his income taxes later. But because John earned less than Mary, he was in a lower income tax bracket. So, John might only have to pay income taxes of $1,000 per month on the $5,000 he received. That left him with $4,000 per month that he could spend.

While this might have seemed like a better deal for John than for Mary, this tax benefit actually gave both parties more money. It also made settling their divorce way easier.

Since Mary got a tax benefit from supporting John, paying alimony was a little less onerous.

If Mary and John were divorcing amicably, they could figure out a support scenario that gave each of them enough money to live on.

The only one who suffered in this scenario was Uncle Sam. (Notice that spousal support is costing Mary $3,400, but John is receiving a net benefit of $4,000.)

Now, though, all of that is about to change. 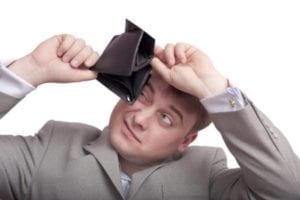 In December, 2017, Congress passed a law that eliminated the alimony tax deduction.

That means that if you get divorced on January 1, 2019, or later, you will not get a tax deduction for any support you pay to your spouse. If you are the person receiving support, it will now come to you tax-free.

Neither you, nor your spouse, nor your attorneys, will be able to change this. From January 1, 2019 on, you can never make alimony tax deductible to the person who pays it.

At first blush, you might think that this is awesome news for those who will be getting alimony. After all, who doesn’t want tax-free money?! If you dig a little deeper, though, you’ll find that the truth is the opposite.

First of all, tax break or no tax break, NO ONE likes having to support their ex after their divorce. Now, since the spouse who pays alimony will also have to pay income taxes on that alimony, the alimony payments will cost that spouse more. A lot more.

That means that divorcing spouses will fight harder than ever to NOT have to pay alimony. It also means that spouses who need support will likely get less.

If you live in a state that has a formula for calculating alimony, that formula is likely to change. While no one knows for sure what any state is going to do about their spousal support formulas, it’s very likely that states will change these calculations in light of the tax law changes.

That means that the formulas will be adjusted downwards. Divorcing spouses will likely get less support after January 1, 2019.

In states that don’t have an alimony formula, judges will likely make similar changes. They will adjust their alimony awards downwards once the paying spouses can no longer deduct spousal support from their taxable income.

The bottom line in all of this is that from 2019 on, less people will pay less money to support their ex spouses.

With the law changing so dramatically in 2019, experts are expecting divorcing couples to “rush to the courthouse” in 2018. If alimony is or may be involved in your divorce, getting divorced in 2018 makes a whole lot of sense. It will also make your divorce more predictable.

Right now, you can easily find out what your state’s alimony laws are. Lawyers understand how most judges will rule on alimony issues. The judges have been applying the same law for years. But, now that the law has changed, everything is uncertain.

Until the new tax law “settles in,” predicting what might happen in any divorce case will be crap shoot. That uncertainty makes settling divorce cases a thousand times harder. 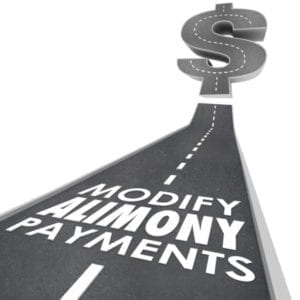 How Will The New Tax Laws Affect You if You’re Divorced Before 2019?

The change in the tax laws also raises questions for those who are already divorced.

Many alimony awards are reviewable. That means that, at set periods of time the ex-couple has to re-negotiate the amount or duration of support.

Also, if parties’ circumstances changed after divorce, alimony could be changed then too.

All of that made divorced couples wonder whether they would lose their alimony tax deduction if they changed an existing support award after January 1, 2019.

The answer under the new tax law is: No.

If you were divorced before January 1, 2019, any changes you make in alimony after that time will not change the way alimony is taxed.  (Of course, if you and your ex want to change that, you can always agree that the alimony deduction will no longer apply to you.) 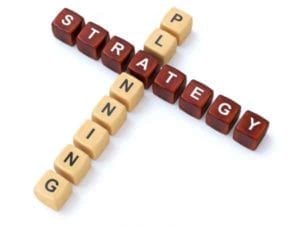 If you’re in the middle of a divorce right now and alimony might be involved in your case, you MUST take the new tax law into account. You must have a strategy for how you will move forward. (That is, unless you don’t mind having less money to live on next year.)

Talk to your lawyer. Talk to your financial adviser. Maybe even talk to your spouse. (I know. That’s not always so easy. Try.)

If you’re on the fence about whether you should get divorced or not, think about the new tax laws. While no one should get divorced just because of the tax law changes, if you’re 99% sure that you want a divorce, and you or your spouse may need spousal support, you’d be foolish not to consider whether getting divorced now makes sense.

Finally, remember that divorce never happens as quickly as you want. While you may think that you still have plenty of time to get divorced by the end of the year, think again.

Getting divorced takes time. Sometimes it takes a lot of time. Plus, the closer we get to December 31, 2018, the more crazy divorce courts are likely to become.

Like it or not, at the moment, the timing of your divorce can have a huge impact on your financial future.

Just like in so many other areas of life, in divorce, right now timing is everything.

12 Tips for Surviving Divorce During the Holidays