Communication in Marriage: 3 Steps to a Healthier Relationship 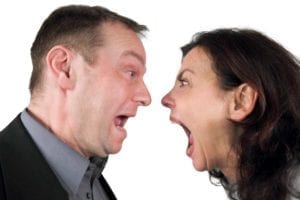 What Causes Lack of Communication in Marriage

According to Marriage.com, the top 10 causes of relationship communication problems are:

All of these ten communication killers can be boiled down into just 3 primary problems: 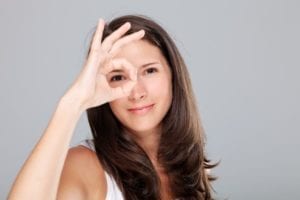 The 3 Marital Communication Killers: Lack of Focus, Lack of Honesty and Lack of Skill

When one spouse focuses too much on something (i.e. a cell phone), or on someone (especially someone of the opposite sex!), their marriage suffers. Their spouse feels ignored, neglected, jealous or all of the above.

Marriages also suffer if one spouse isn’t honest with the other. You can’t have open communication that leads to a meaningful connection if someone isn’t telling you the truth.

That’s true even if the “dishonesty” happens by omission. NOT telling your spouse about how you really feel about something can hurt your marriage as much as actively lying about it.

(Remember, though, just because you’re being honest doesn’t mean you have to be cruel. For example, if a woman asks, “Does this make me look fat?” there’s a BIG difference between saying, “It’s not your best look honey,” and “Yes, it makes you look like a pregnant elephant!”)

Every communication problem that doesn’t involve a lack of focus or honesty generally involves a lack of skill. That’s awesome news because skills can be learned.

But, as with any skill, learning it takes time and effort. It also requires you to be open to change the way that you communicate.

Maybe they are. But, probably they’re not.

What’s more, even master communicators can improve their techniques.

Dr. Harville Hendrix and his wife, Dr. Helen LaKelly Hunt created the IMAGO Dialogue Technique to help couples transform the conflict in their relationship into an opportunity for healing and growth. (If you’ve ever had the same argument with your spouse 1000 times, you’ll know how important transforming conflict can be!)

In their groundbreaking book, Getting the Love You Want, Drs. Hunt and Hendrix outline ten steps to a better relationship. One of those steps is what they call “The Imago Dialogue.” That dialogue is their simple technique for helping couples communicate with each other more deeply and effectively.

The Imago dialogue technique has helped thousands of couples improve their communication in marriage. But before you can apply this technique effectively, there are a few ground rules you may want to start with. 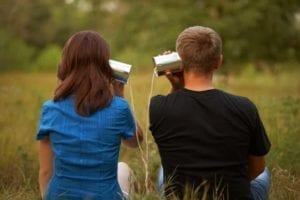 The Ground Rules for Good Communication in Marriage

Setting “ground rules” in order to have a conversation with your spouse seems strange. At first, it feels funny, even awkward.

Yet, not setting the “rules of engagement” in advance can undermine your entire conversation. What’s more, once you set these rules and start applying them, they become like second nature. After a while, you probably won’t even need to think about them anymore.

Before you can get to that point, though, you have to talk about these rules and make sure that both you and your spouse are on board with them.

Having a good conversation with your spouse starts by paying attention to your spouse. You can’t focus on your conversation if you’re distracted by beeps, buzzes, and text messages. Just putting your cell phone down isn’t enough. Turn it off. Put it away. Better yet – leave it in another room!

If you want to talk about the weather, a T.V. show, or what you’re having for dinner, five minutes is all you need. But if you want to have a serious conversation with your spouse, you need to relax and take your time. Try not to have important conversations when one of you has to run out the door to go somewhere else.

The key to having a good conversation is not talking – it’s listening! If you and your spouse are both talking at the same time, neither one of you is going to hear a thing. So, take turns talking. Take turns listening. As long as you’re committed to spending time on your conversation, you’ll both get a chance to say what you want.

While casual conversations can happen any time, important ones require focus. Try not to talk about anything that really matters when either of you is exhausted, distracted, or already seriously upset. In today’s stressed-out, over-committed world, that can be hard. It may mean you have to actually schedule a conversation with your spouse in advance. I know that sounds crazy. But, if that’s what it takes, do it.

Yelling, blaming and name-calling do not promote effective communication in marriage. (Nor do they promote happy feelings!) If your conversation gets heated, agree that either of you can call a time-out. Go walk around. Breathe. Calm down. Then come back later and pick up the conversation when you’re not so riled up. (The key, though, is to make sure you resume your talk again as soon as possible. You don’t want to let things hang unresolved forever.) 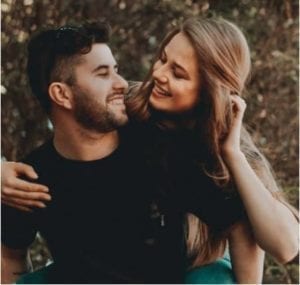 The Imago Dialogue: 3 Steps to a Healthier Relationship

Once you’ve set the ground rules, you’re ready to talk. When you do, follow these 3 steps as closely as you can.

(Again, following this process will probably seem awkward at first. That’s okay. Do it anyway. The more you practice, the better at this you will get.)

It’s okay to paraphrase. It’s not okay to change what your spouse said.

To help you mirror properly, you might want to start by saying, “If I got it, you said …” or “If I heard you correctly, you said …”

Your spouse should not analyze, critique, or criticize what you said. If you said something wrong or didn’t reflect everything back properly (in their opinion), all they need to say is, “I don’t think you got it. What I said (or meant to say) was …”

Keep going back and forth until the talking spouse is satisfied that the listening spouse heard what s/he said.

To “validate” means to “confirm.” In other words, the listening spouse needs to confirm the validity of what the talking spouse said.

THIS DOES NOT MEAN THAT THE LISTENING SPOUSE NEEDS TO AGREE WITH WHAT WAS SAID!

If, during the course of this dialogue the talking spouse has said how s/he was feeling, then expressing empathy is easy. The listening spouse only needs to reflect back what s/he heard.

If the talking spouse did NOT say how s/he was feeling, then the listening spouse should use his/her imagination and take a guess at the talker’s feelings.

(Yes, I know this sounds a little crazy, especially if the listening spouse has NO IDEA how the talking spouse felt. Remember, we’re all human. We all have feelings. You’re qualified to guess what your spouse is/was feeling.)

After the listening spouse takes a stab at reflecting what the talking spouse was feeling, s/he should ask, “Did I get it right? Is that what you were feeling?”

If the listening spouse did NOT get the talking spouse’s feelings right, the talking spouse needs to then explain what s/he WAS feeling. (Again, criticism is not helpful! If your spouse completely misinterpreted your feelings, just gently correct him/her. You don’t need to pass judgment on how well your spouse understands you!)

At this point, the listening spouse should ask, “Is there more you want to tell me about that feeling?” Keep asking that question until the talking spouse has nothing more to say about his/her feeling.

Once the talking spouse feels like s/he has been heard, validated, and empathized with, it’s time to switch roles.

The new talking spouse should use his/her time to respond to what his/her spouse said initially. In other words, both spouses should continue the same conversation. Trying to talk about a million different topics at once is not nearly as productive. 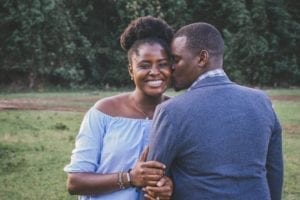 Why Good Communication in Marriage is so Important

Good communication is the cornerstone of a good marriage.

Fundamentally, we want to connect deeply with our spouses. We want to both love and feel loved. We want to feel like our spouse knows and understands us. That requires communication.

Communication can work through words, acts, and body language.

Good communication in marriage can lead to a strong, vibrant relationship.

Poor (or non-existent) communication in marriage can lead to frustration, misunderstanding, and disconnection.

If you practice using the steps outlined above, you will be well on your way to improving the way you communicate with your spouse. That, in turn, will lead to a better, and deeper, relationship with your spouse.

Christmas Divorce: Surviving the Holidays in an Unhappy Marriage

Christmas Divorce: Surviving the Holidays in an Unhappy Marriage

The Ultimate Guide to Co-Parenting Apps