Irreconcilable Differences: What Are They … and Does Your Marriage Have Them?

To understand what "irreconcilable differences" are, you have to start by understanding a little bit about divorce.

To get divorced, you need a legally recognized reason. (The reason for your divorce is called "grounds" in legal speak.) "Irreconcilable differences" is one of the legally recognized reasons for getting divorced. Other grounds (or reasons) for divorce vary from state to state. Normally those grounds include things like adultery, abandonment, mental cruelty, physical violence and more.

The grounds for divorce that will be available to you will depend on where you live. At this point, however, every state allows you to get divorced based on irreconcilable differences. (The requirements for what you have to do to use irreconcilable differences varies, though. If you have questions about what your state requires, talk to a good divorce lawyer in your area.)

What Does Having "Irreconcilable Differences" Mean?

In divorce, the term "irreconcilable differences" basically means that you and your spouse don’t get along. To put it simply: your marriage, like Humpty Dumpty, has fallen apart and can't be put back together again. 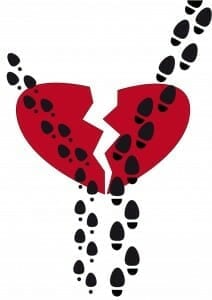 What Do "Irreconcilable Differences" Have to Do With No-Fault Divorce?

Getting divorced based upon irreconcilable differences means you are getting a "no-fault" divorce.

A "no-fault" divorce is exactly what it sounds like. It's a divorce where neither party admits to doing anything wrong. Neither party admits they caused the marriage to break down. Essentially, they just say to the court, "This didn't work out. Please divorce us."

Since 2010, all states in the U.S. have had some type of no-fault divorce.

Don’t We Have to Be Living Separately to Get Divorced?

Depending upon the state you live in, you may have to live separately from your spouse for a certain period of time before you can get divorced. That amount of time can range from a few weeks to several years.

In some states, living "separate and apart" also requires you to live in separate houses. In those states, the clock doesn't start ticking on your separation date until one of you moves out.

Other states, however, allow you to "live separately" even if you are still living together. You just can't live together "as man and wife."

Check with a divorce attorney in your state to find your state’s separation requirements. 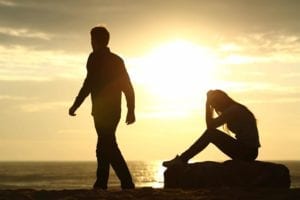 Illinois used to have many different grounds for divorce. As of January 1, 2016, the only ground for divorce in Illinois is irreconcilable differences. It is now a pure "no-fault" state.

What's more, if you and your spouse agree that you have irreconcilable differences, you don't have to wait to get divorced in Illinois anymore.

In the past, Illinois had a two-year separation requirement. That meant that you and your spouse had to live separately two years before you could get divorced based upon irreconcilable differences.  (If you agreed on your divorce, however, you could reduce that waiting time to six months.) Now, however, all of that has changed.

If you don't agree, then you need to live separate and apart for a period of six months. But, unlike before, after you've been separated for six months, the court will presume you and your spouse have irreconcilable differences.

In other words, after you've been separated for six months, you can't stop your spouse from divorcing you, even if you would prefer to stay married.

Other Grounds for Divorce

Each state has its own list of grounds for divorce. Those lists usually include things such as adultery, bigamy, excessive drug or alcohol abuse, mental or physical cruelty, and desertion. There may also be other grounds for divorce as well.

Each ground for divorce has certain requirements. You must satisfy the requirements in order to get a divorce based upon that "ground."

Each state also has different rules for what you have to prove in order to qualify for a divorce. 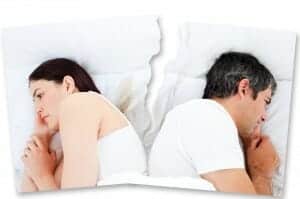