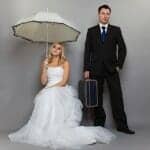 What is Conscious Uncoupling?

Conscious uncoupling is a term that was apparently coined by Katherine Woodward Thomas to describe a process of ending a relationship that is less painful and more transformative than a traditional breakup.  Some therapists have interpreted conscious uncoupling to mean that couples confront their irreconcilable differences by taking responsibility for their own behavior rather than by blaming their partner for the demise of the relationship. Still others have described conscious uncoupling as a gentle “de-centering” of the family from a model that is centered around the couple, to one that is, well “de-centered…” whatever that means.

What is the Legal Effect of Conscious Uncoupling? In spite of my recent research on the subject, I’m still not 100% sure I understand what conscious uncoupling means. After all, I’m a lawyer, not a therapist. If conscious uncoupling means what I think it means – which is that a couple will split up amicably, and will work through their divorce collaboratively while really putting the children first – then I’m all for it. From a legal standpoint, though, “conscious uncoupling” has no meaning.  As far as the law is concerned, a divorce is a divorce. But, as anyone who is going through, or has gone through, a divorce knows, the law is only one part of divorce.

The Most Important Part of Any Divorce. 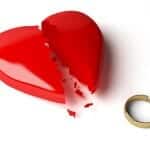 Divorce has legal, financial, emotional and psychological elements.  Although the traditional divorce process tends to make people focus on the legal and financial elements of divorce, unless a couple addresses the emotional elements that underlie the end of their relationship, they will have a lot of trouble getting through their divorce amicably. Why?  Because, contrary to what most people believe, divorce is not always all about the money. As a matter of fact, when people find themselves fighting over money, property, debts, and even the children, more often than not, some unresolved emotional issue is really fueling that fight.

How to Get Divorced Like Gwyneth Paltrow So, what’s the key to resolving your divorce amicably (which is my “old school” way of describing conscious uncoupling)?  Deal with your emotional issues first, then go to a lawyer. Once you have dealt with your own “emotional stuff,” you will be better equipped to deal with the legal and financial issues involved in your divorce rationally, rather than emotionally.  You will be able to use reason, rather than reaction, to make your decisions. Doing this will help get you a much better legal and financial result in your divorce case.

What Are your Action Steps? Of course, its one thing to talk about dealing with your emotional stuff, and quite another to actually handle it.  I mean, if your spouse has been unfaithful, or abusive, or has blind-sided you by asking for a divorce when that’s not what you want, how are you supposed to open your heart and forgive him or her so you can have an amicable divorce?  The answer is: get help.  Here are some suggestions:

1. Find a good therapist or a divorce coach to help you deal with – and work through – your emotions.

2. Educate yourself about the less destructive ways to get divorced.  Learn about mediation and collaborative law, and consider using one of these alternatives rather than fighting in court.

Doing all of this won’t necessarily guarantee that you will be able to “consciously uncouple” without a hitch.  But if you take these steps, at the very least, you won’t find yourself engaged in the War of the Roses.