25 Tips For Surviving A Divorce Deposition

Like everything else in divorce, understanding what you’re facing will help you deal with it. The more you know, and the better prepared you are, the lower your anxiety level will be. Plus, the better you will do. 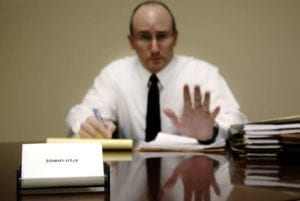 What is a divorce deposition?

A deposition is an oral question and answer session. It is usually conducted in a lawyer’s office with a court reporter present. Your lawyer, your spouse’s lawyer, and probably your spouse, will be there, too.

You will be sworn, under oath, to tell the truth.

After you are sworn in, your spouse’s lawyer will ask you questions. You will give your answers. The court reporter will write everything down in shorthand. S/he will later transcribe the shorthand into words. 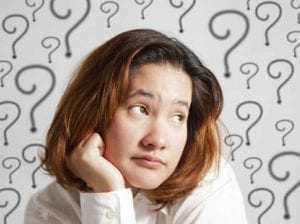 Why do lawyers take depositions in divorce?

Divorce lawyers take depositions for a variety of reasons. Usually, they use them to get information from you. They can ask you questions about anything that is relevant in your divorce: including the reasons for the divorce, issues related to your kids and, of course, finances.

Another reason lawyers take depositions is to figure out what kind of a witness you will make if you go to trial. They want to know if they can make you angry, or get you to lose your cool. They want to see how you present yourself and assess whether you’re credible or not.

Yet another reason some lawyers take divorce depositions is simply to intimidate you.  Divorce lawyers want to make you nervous. They want to trip you up, and make you say the wrong thing. They want to scare the bejesus out of you so that you don’t go to trial and their client can win. Yes, that sucks. Welcome to the world of divorce.

How to Deal With Your Divorce Deposition

If you have to appear for a deposition in your divorce, rule number one is: don’t panic! What you’re facing won’t be pleasant, but it won’t kill you either. Here are 25 tips for surviving a divorce deposition that will help you get through.

Tips for Surviving a Divorce Deposition

Answer only the question that is asked of you. If a question can be answered with a simple “yes” or “no,” then answer it that way. A deposition is NOT your chance to tell your story. It is your spouse’s lawyer’s chance to get information from you. If the lawyer doesn’t think to ask you the right questions, it’s not your job to tell him/her your life’s story.

Awkward silences are uncomfortable.  Lawyers know that.  So, sometimes, after you’ve answered a question, your spouse’s lawyer says nothing. S/he just looks at you expectantly, waiting for you to say more.  Your natural tendency will be to do exactly that – to talk when there is no question pending.  Resist the temptation. It’s not your job to fill the void.

Lawyers speak a language of their own. It’s not unusual for a lawyer to ask a question that no one else in the room understands. If that happens, don’t answer it. Of course you don’t want to look stupid. But it’s better to be honest and admit that you don’t understand a question than it will be later when your spouse’s lawyer makes it seem like you are a liar because you said you knew something you really didn’t know.

Depositions can be nerve-wracking. It’s not unusual for people to completely blank out on information they have known for years. If that happens to you, don’t freak out! Just say that you can’t recall the answer to the question right now.

Answer all questions out loud and in words. The court reporter can’t take down gestures and head nods. Answers like “uh-huh” and “uh-uh” are a mess on a transcript. You have no idea whether they mean yes or no. It’s also important to use words you truly understand. This is not the time to try to impress anyone with your vocabulary, especially if you’re not 100% sure of what the words you are using actually mean.

Depositions are not Olympic time trials. You’re going to be nervous and stressed as it is. Don’t put extra pressure on yourself by feeling like you have to answer every question in ten seconds or less. Think carefully about your answers before you open your mouth.

Don’t walk into the deposition with new evidence or new information your lawyer has never seen before. Surprising your lawyer at your deposition is not going to lead to anything good. Make sure your lawyer knows everything you’re going to say before you walk in the door.

Your attorney doesn’t need to ask you questions at a formal deposition where every word you say can be used against you later. So, if your attorney does ask you a question, s/he probably has a good reason for doing it. Pay attention to what your lawyer asks, and answer the question as best you can.

Reviewing financial documents seems like a sensible way to refresh your memory about important dates and numbers. But, your spouse’s lawyer may be entitled to see every document you reviewed to prepare for your deposition.  So before you look at anything, especially anything that may be confidential, ask your attorney whether that’s something you should do.

Get a good night’s sleep the night before your deposition. (Okay, at least try!) Have a healthy breakfast. Avoid eating too much sugar, carbs and caffeine before your deposition. Eat a protein-based meal instead. If the attorney has snacks on the table during your deposition, choose nuts not chocolate. You’re going to be nervous enough as it is. You don’t want to have to deal with blood sugar spikes on top of everything else.

It is your spouse’s lawyer’s job to try to rattle you. Decide before you walk in the door that you are not going to let that happen. Be polite. When you’re frustrated or upset, breathe!  If you need a break, take one.  Remember, when you lose control, you are more likely to make mistakes or say things that you don’t mean.

If you know the answer to a question, then answer the question! Don’t play word games with your spouse’s lawyer. Don’t answer every question by saying you don’t recall the answer. This isn’t the time to try to be clever, or to avoid answering even simple questions. Once you’re on trial, your spouse’s lawyer will use your evasive deposition answers to make it look like you’re either lying or playing games with the court. Either way, the judge won’t be impressed.

Depositions are serious legal proceedings. But, they are not the Spanish Inquisition. If you have to use the restroom, or your head is spinning from answering so many questions, it’s okay to ask for a ten minute break.

One of the things your spouse’s lawyer will be trying to do at your deposition is to figure out what kind of a witness you will make at trial.  Dress for your deposition like you would dress for court. Wear clothes that are neat, clean, and conservative. Business casual is fine. Avoid anything that is too tight, too sloppy, too provocative,  or “too” anything else.

You don’t need to be a jerk. But, being too relaxed and friendly can be dangerous. Also, don’t talk to your spouse or your spouse’s lawyer “off the record” at the deposition, or before or after the deposition. Even if the court reporter isn’t taking down what you say, the lawyer may still find a way to use your words against you later.

f at some point you realize that you answered a question incorrectly, point it out. Don’t let the record stand with an answer you know is wrong. Even if you reserve  your right to correct the deposition transcript after it’s written, you may not be able to change or correct your answers. All you may be able to change are the things that the court reporter took done inaccurately.

Even if you are shown a document you are familiar with, look at it carefully before you answer questions about it. Take your time. It’s more important to answer a question correctly than it is to answer it quickly.

You may think you won’t get caught. Maybe you won’t. But, if you do, the price you will pay can be extraordinarily high. Lying under oath is called perjury. It’s a crime. Even if you are never prosecuted for it (most people aren’t), being caught in a lie will still destroy your credibility with the judge. It also destroys your integrity. Remember, you can divorce your spouse. But, you will always have to live with yourself.