Deciding to Divorce: How to Know if Your Marriage is Good Enough

Deciding to divorce is without question one of the biggest and most gut-wrenching decisions you’ll ever have to make. It’s even harder when your spouse hasn’t cheated on you, isn’t an alcoholic or a drug addict, and hasn’t done anything “bad enough” to warrant getting a divorce. When your marriage isn’t horrible getting a divorce just because you’re not happy seems selfish and stupid. At the same time, staying in a “good enough” marriage that’s been on life support for years (or decades) can be excruciating!

Our ideas about what marriage “is” or “should be” have evolved over centuries in ways that most people don’t realize. Hundreds of years ago, most marriages had nothing to do with love. Rather, they were economic or political arrangements.

In most places, divorce was difficult, if not impossible to obtain.

Today, however, most people expect more out of marriage than perhaps they ever have. Your spouse is supposed to be your partner, your confidante, your co-parent, and your best friend. You’re both supposed to love each other unconditionally, have crazy hot sex all the time, and make sure you take turns doing the dishes and paying the bills.

It’s not surprising then, that given the enormous expectations most people place on marriage, that many modern marriages are crumbling under the pressure.

But how do you know if your marriage is dying because of unrealistic expectations, and when it’s just dying?

Of course, it’s easy to theorize about what kind of expectations you should or shouldn’t have about modern marriages in general. But when it’s YOUR marriage that’s falling apart, or – worse yet – is stuck in a perpetual state of “meh,” that’s a different story!

What do you do when your spouse doesn’t beat you, isn’t cheating on you, and isn’t a drug addict or a drunk … but you haven’t had sex in years and you barely talk? What do you do when, by all outward appearances, your marriage looks “fine” but inside you’re bored out of your mind, you feel totally alone, and you’re miserably unhappy?

When is a marriage “good enough” to make getting a divorce a bad idea?

Unfortunately, there is no easy answer to that question. Nor is there a “one size fits all” response. 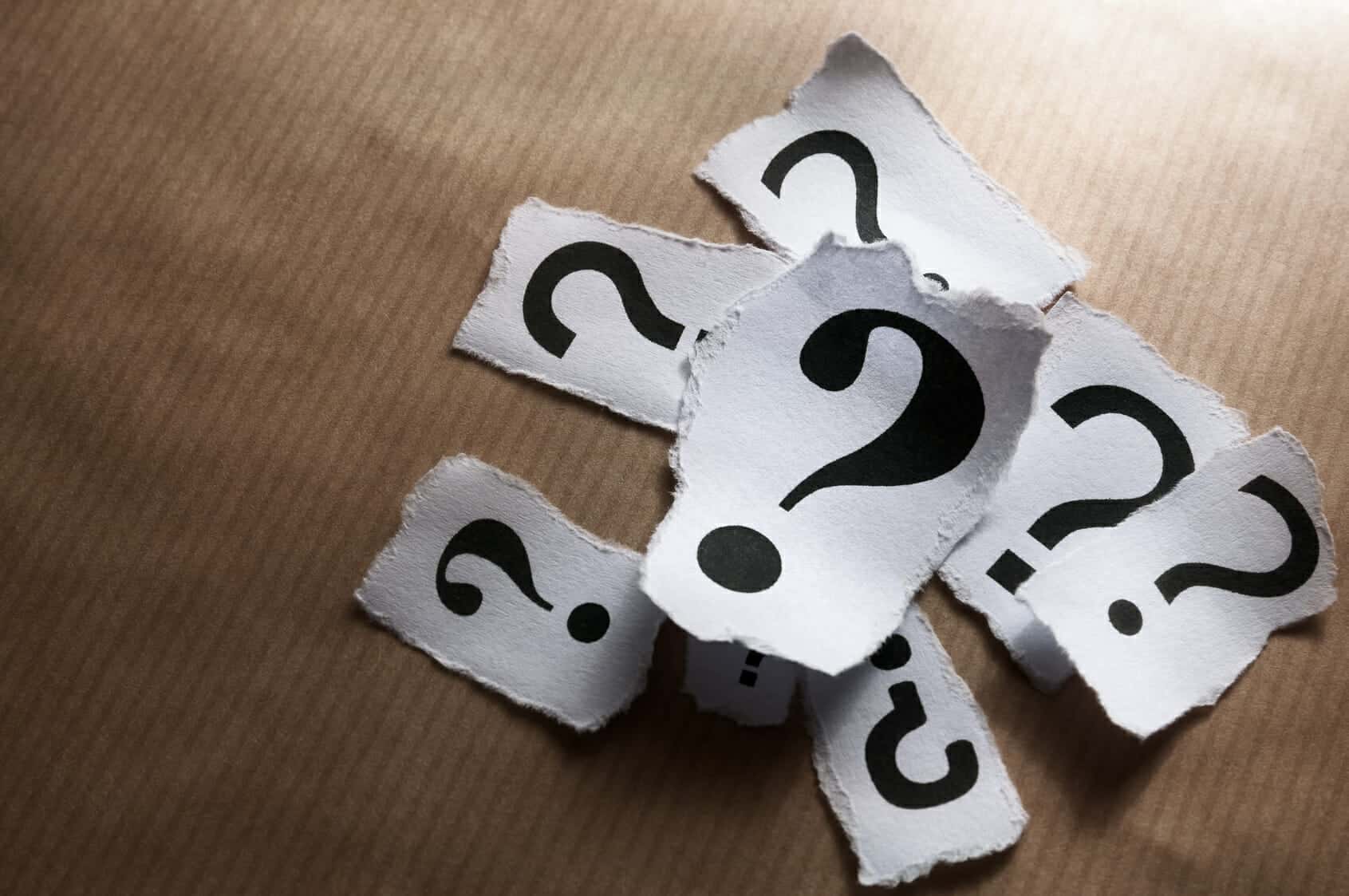 Luckily, asking “Is my marriage good enough?” may not be the right question.

Instead of asking whether you have a “good enough” marriage, try asking yourself these questions instead.

The Marriage You Want

Given our druthers, most people would choose to have a marriage that is full of love, romance, companionship, mutual respect, equal partnership, intellectual stimulation, and financial security. To us, wanting all those things seems totally normal. But is wanting all of that to exist in one person, and one relationship, realistic?

The answer of course is “it depends.” But it doesn’t just depend on your spouse. It also depends on YOU!

A marriage is always a union of two people. When that union isn’t working out as well as we’d like, our natural tendency is to blame the other person for its downfall. “They” weren’t good enough, kind enough, sexy enough, successful enough, (fill in the blank) enough.

But blaming your spouse for creating an unsatisfying marriage is neither fair nor wise.

It’s not fair because it took two of you to create the marriage that you have. And it’s not wise because if the state of your marriage is completely your spouse’s fault, then you have no power to change it.

In placing blame, you also give up control. You give up your ability to create a different marriage – one that you DO want.

… which brings us back to the original question: “What kind of marriage do I want?”

What matters most to you: having someone you can talk to, or having someone who supports you financially? Would you rather have a partner who’s kind, or one who’s passionate between the sheets?

While there’s nothing wrong with “wanting it all,” getting it all generally takes work. And if one partner (you OR your spouse) doesn’t want to do the work, then you have a bigger chance of getting hit by lightning than you do of creating “the marriage of your dreams.” 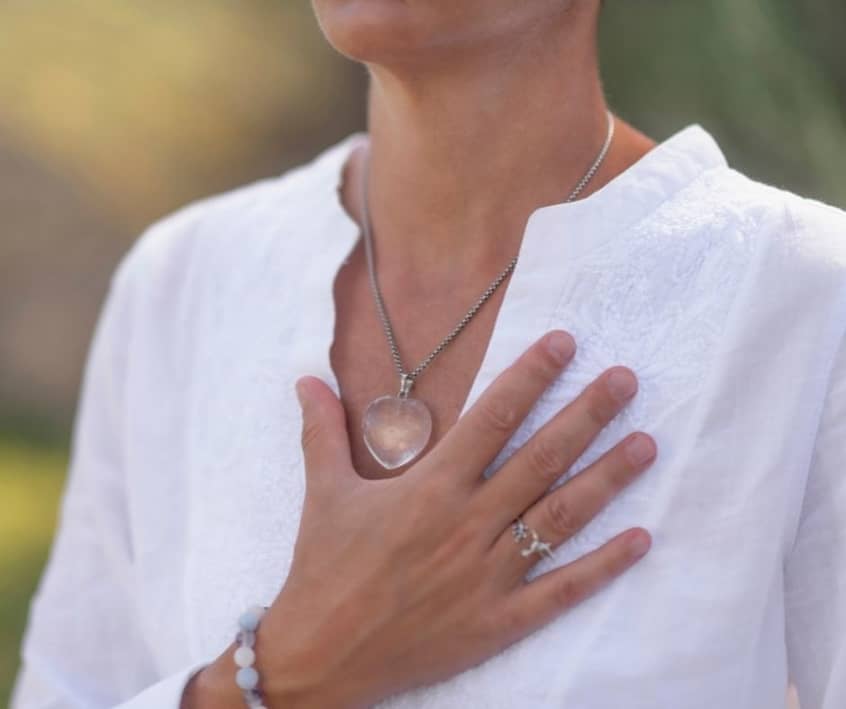 Besides asking the right questions, determining whether your marriage is “good enough” requires doing one more thing most people don’t want to do. That is, you have to be honest.

If you really want to know whether your marriage is good enough for you, you’ve got to have the courage to be honest about what you truly want. Unfortunately, doing that isn't always easy.

If you love your lifestyle, but not the spouse who makes it possible, you have to be willing to admit that to yourself if you want to start dealing with it. If you want an equal partner, but you also enjoy playing the role of hero and “saving” your spouse when s/he falls down (again!) you’ve got to be willing to see the part you play in the state of your relationship.

Making up a story about how you’re afraid to leave because of the kids, money, "bad timing", or anything else that seems totally plausible but isn’t true, won’t help you. It will only keep you looking in the wrong place for answers you’ll never find.

Yet, until you can admit what you want, you can’t know if what you have is “good enough.” 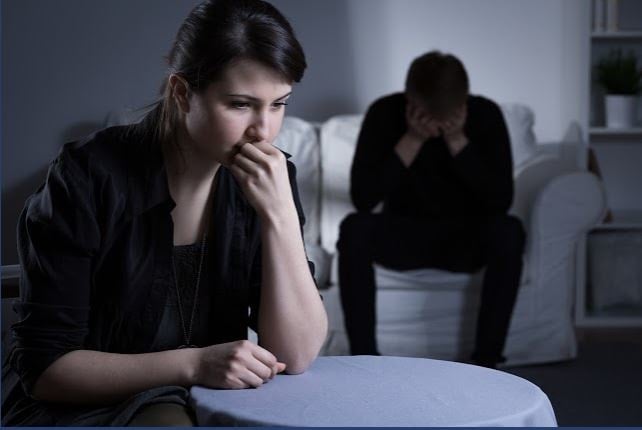 Why You’re Having Trouble Deciding to Divorce (or Not!)

Let’s say you got past your own judgments and have figured out what you want. Let’s even say you know in your heart of hearts that the marriage you have stands very little chance of ever being the kind of marriage you truly want.

Does that mean that deciding to divorce will be easy for you now?

Maybe … but not necessarily.

That’s because even when you’re clear about what you want, you can still struggle over what you’re going to do.

When you do struggle, it’s usually because: 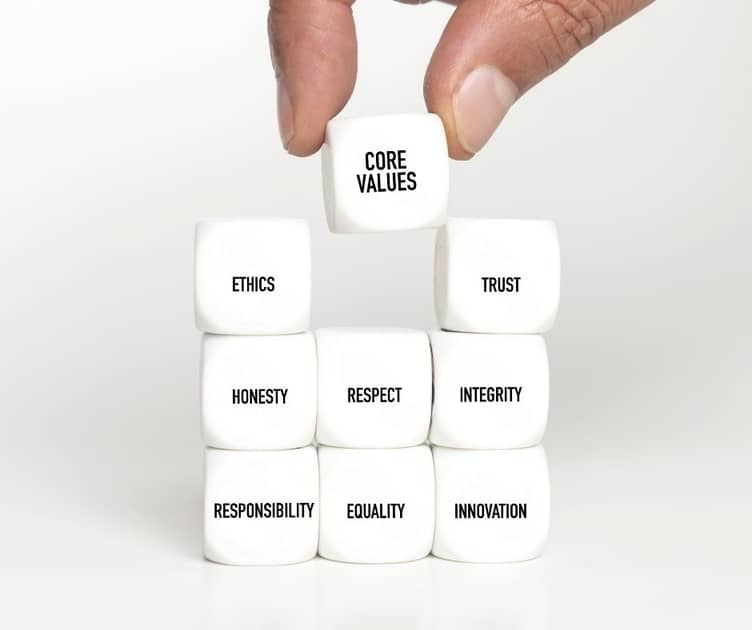 When what you want conflicts with what you believe you should want, you get stuck.

When what you want conflicts with your idea of who you are, you get really stuck.

Let’s take a simplistic example. If you’re a good person who’s stuck in an unhappy marriage, but you believe that good people don’t divorce, you’ve got a problem. That’s because if you get a divorce – for any reason – you will then become a “bad” person in your own mind. Since you identify yourself as a “good” person, you’ve got a values conflict.

Of course, most people today wouldn’t say that someone is bad just because they got a divorce. But many of us believe that in order to justify getting divorced you have to have a really good reason. And simply being unhappy doesn’t seem good enough.

What most people don’t realize is that values and beliefs can be changed. They’re not absolute and we’re not stuck with them for life. BUT if we want to change our values or beliefs, first we have to figure out what they are.

If you’re struggling over deciding whether to divorce, you might want to ask yourself what you believe about people who get divorced. What would getting a divorce mean about you?

Once you start uncovering your beliefs about yourself, your marriage, and divorce, you will start to see where your conflict lies and can work to resolve it.

(HINT:Coaching is a fabulous way to start uncovering your beliefs and working with them and through them so you can get what you truly want.) 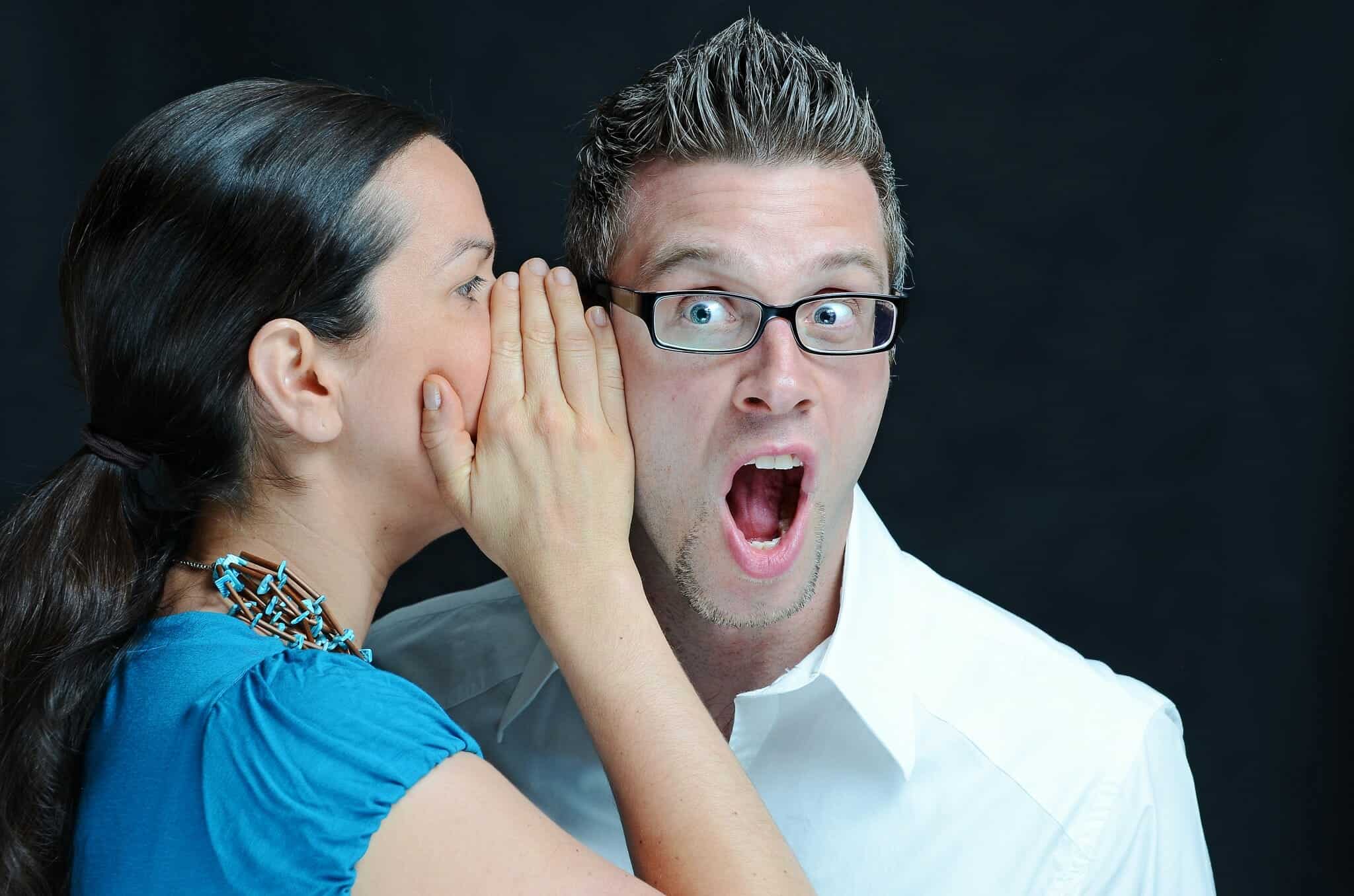 Social Stigma: Worrying About What “They” Think

Even if we can get past worrying about what our neighbors, co-workers and “friends” on social media think, we still care about what those who are closest to us think about us. That category includes our relatives and our kids.

If we think that we'll lose our kids’ love or respect if we get divorced, then getting divorced becomes very hard. No one wants to hurt their kids – even their adult kids! And no one wants to jeopardize their relationship with their kids either.

The same thing is true if you feel that ANYONE who you’re close to will disapprove of your divorce.

Whenever someone we love or respect doesn’t want us to get divorced, that makes deciding to divorce really sticky.

Dealing with the guilt trip that getting divorced can lay on you is no easy task. Unfortunately, when you’re facing divorce, there is no limit to the number of things you can feel guilty about.

You can feel guilty about:

Guilt can paralyze you. It can keep you from living the life you want, and the life you deserve. If even thinking about divorce fills you with guilt, you need to deal with that guilt first. Once you’ve managed your guilt, deciding to divorce will become much easier.

(HINT:Therapy is a great option for working on resolving your guilt.) 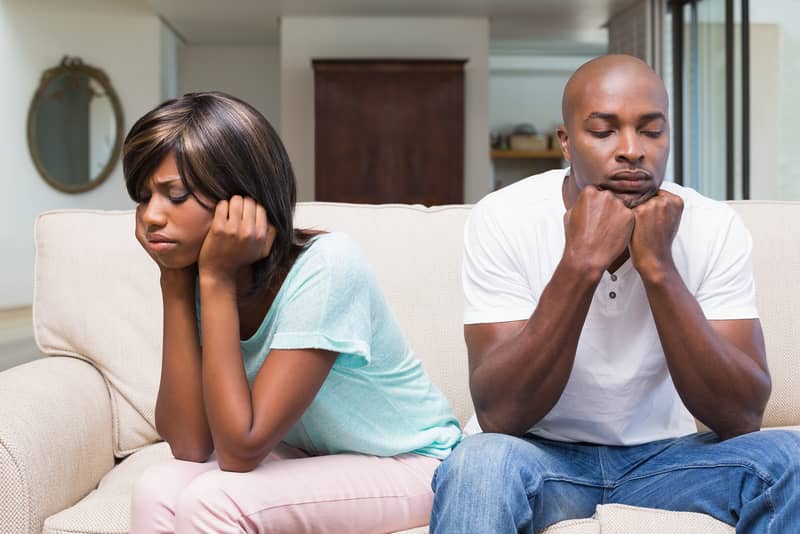 Knowing what’s getting in the way of your deciding to divorce is critical if you want to make a decision about the future of your marriage with confidence. But it still doesn’t answer the question of whether your marriage is “good enough.”

Fortunately or unfortunately, the answer to that question is 100% subjective.

There is no universal definition of what a “good enough” marriage is. Everything depends on what you want and what you believe.

If you think that being married to someone who is stable and secure but boring and uninterested in sex is okay, then your marriage is “good enough!”

On the other hand, if you want a marriage full of adventure and amazing sex, then being married to someone who’s stable but boring is likely going to make you miserable.

So the key to knowing what’s good enough is to know what you want and to not judge yourself for wanting it.

(NOTE:Judging yourself for wanting something you don’t have is almost guaranteed to get you stuck!) 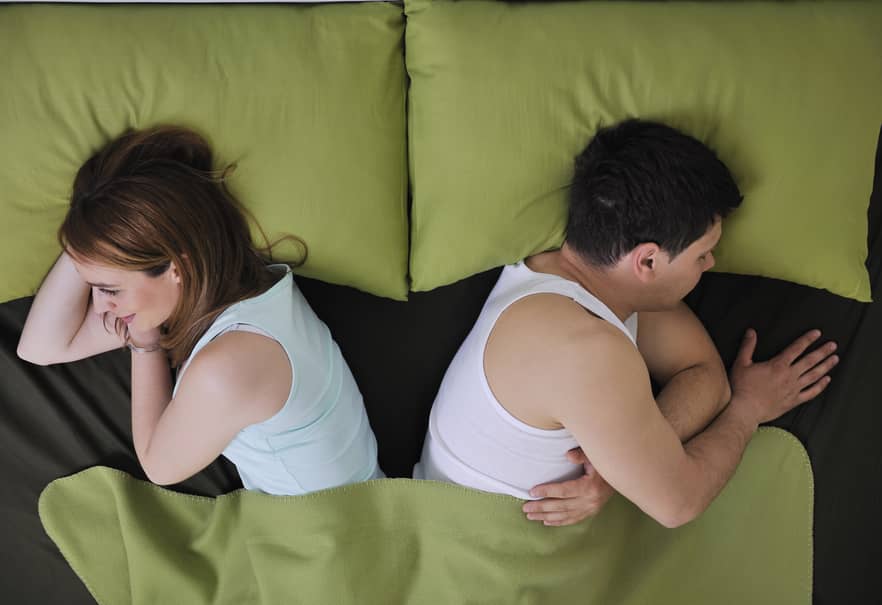 Deciding to divorce when your marriage seems to be “good enough” is one of the toughest decisions you’ll ever have to make. Because of that, people stay stuck in indecision, frustration, and guilt for years. (… sometimes for decades!)

However, being stuck practically guarantees you won’t be happy.

While you’re stuck in indecision you’re not totally committed to your marriage. You’re also not leaving it to start a new life either. You’re caught in a weird kind of limbo.

The longer you stay in that limbo the more frustrated and miserable you become. Eventually, you’ll either blow up your marriage (“accidentally” or on purpose) or the stress of indecision will take a toll on your health. Alternatively, you’ll resign yourself to living a life you don’t want. That too can take a toll on your health AND kill your spirit.

As uncomfortable and difficult as deciding to divorce can be, going through the decision-making process and MAKING a decision one way or the other is ultimately the best thing you can do for yourself and your family.

In the end, it’s only by doing the work involved in making a decision about your marriage that you’ll ever be able to answer the question of whether your marriage is indeed good enough.

Divorce Without War: 30 Tips for an Amicable Divorce