Everything You Need to Know About Your Divorce Decree BEFORE You Sign It! 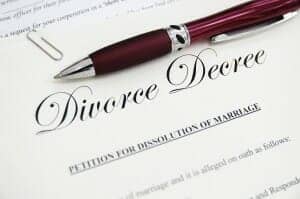 If you’re going through a divorce, you know you need a divorce decree. You know it’s an important document. But there are so many documents involved in divorce. You may not be entirely sure what a divorce decree is, or what should be in it.

Yet, because your divorce decree IS so important, it’s worth taking the time to understand what it is, and what it does.

So What’s a Divorce Decree?

A divorce decree is another name for a final judgment of divorce. It’s a document that is signed by a judge and entered in court. Depending upon where you live, your final divorce paperwork may be called a Divorce Judgment, a Judgment for Dissolution of Marriage, a Divorce Decree, or something similar.

What the final paper is called is not nearly as important as what it does: it ends your marriage.

What’s in a Divorce Decree?

Your divorce judgment does more than just divorce you, though. It also covers at least five subjects:

Child Support and the Payment of Children’s Expenses;

In addition, depending upon your circumstances, your divorce judgment may also contain many other provisions relating to the end of your marriage.

For example, it may contain provisions about taxes and the payment of attorney’s fees. It may allow you (or your wife) the right to resume the use of your/her maiden name. Or, it may contain other provisions that are specific to your situation and your divorce.

What’s the Difference Between a Divorce Decree and a Marital Settlement Agreement?

While statistics vary, at least 90 – 95% of all divorce cases settle out of court. Cases that settle do so by agreement. That means the final paperwork in those cases will include both a Divorce Decree (Divorce Judgment) and a Marital Settlement Agreement.

Even though the Marital Settlement Agreement may be a separate document, however, it is generally incorporated into the Divorce Decree. That means that the terms of the Agreement are made a part of the final divorce judgment. 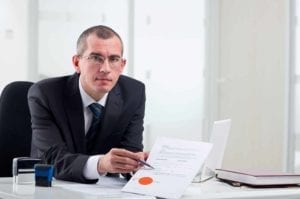 Who Writes a Divorce Decree?

Divorce Judgments are very specific legal documents. They must contain certain language and they must be accurate. They also must be written properly.

That’s when you have a problem.

When something is wrong, vague, or missing from your divorce decree it is much more likely that you and your spouse will end up back in court, fighting over it again. That’s NOT what you want to have happen.

Because the final divorce documents in your case are so important and can be so technical, generally Alimony write them. It’s also possible to use legal document services like LegalZoom and Rocket Lawyer to generate your legal documents for you.

Using an online document production service to generate your Marital Settlement Agreement and Divorce Judgment is better than trying to write them yourself. But having a divorce lawyer write them for you will be better still.

Lawyer-written documents will be written specifically for you and your situation by someone who practices law in the court that will divorce you. That makes a HUGE difference.

It’s true that having a lawyer write your final divorce documents will be more expensive than having an online service crank them out for you. But, like everything else in life, you get what you pay for.

What Do You Need to Know About Your Divorce Judgment Before It’s Entered?

Divorce Decrees are final Orders of Court. They MUST be accurate and they should be complete! That’s why it is vitally important for you to double and triple-check everything in your divorce judgment BEFORE it’s entered in court.

But checking for accuracy goes beyond just reading the words in your divorce decree. It means that you have to make sure that the underlying information that the decree is based on is also accurate.

What does that mean?

It also means that you did your due diligence before your divorce judgment is entered in court to make sure that the asset values you used to divide your marital property are accurate. Otherwise, the property division you end up with after your divorce may be entirely different than what you envisioned it would be before your divorce.

In 2010 Jamie and Frank McCourt, former owners of the Los Angeles Dodgers, were divorced. At the time of the divorce, the Dodgers were in bankruptcy.

After Frank sold the Dodgers, Jamie took him back to court claiming that he misrepresented the value of the team, and that he shortchanged her by $770 million in their divorce.

The trial court ruled against Jamie, and the Appellate Court affirmed that decision. In essence, the court held that Jamie had made a deal. Even though it turned out later that she had made a bad deal, a deal was a deal.

Jamie should have investigated how much the Dodgers were worth BEFORE she signed the divorce settlement papers. If she didn’t do her due diligence, that was her problem. She couldn’t go back and ask Frank to pay her more money after their divorce was over.

Chances are, neither can you. 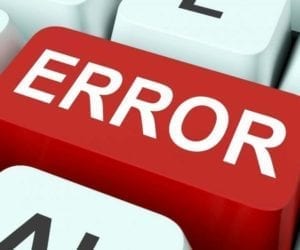 Can You Change Your Decree After It Has Been Entered in Court?

Of course, if your spouse purposely lied to you, or actively hid the truth from you, that may be a different story. But, proving that kind of fraud in court is much more difficult than you think.

There is one important exception to the rule that “a deal is a deal.” That exception surrounds your kids.

Children grow up. Circumstances change. Because of that, you can usually change parenting time schedules and parenting rules as your kids grow up.

Again, if you and your spouse can agree on those changes, making them in court is easy. If you don’t agree, then you may be in for a fight. But at least, under the right circumstances, the parenting provisions in your divorce judgment can be changed.

So can child support (and sometimes alimony).

If you or your spouse change jobs, or your income increases or decreases in a substantial way, child support (and possibly alimony) can be changed.

How Do You Get a Copy of Your Divorce Decree?

Your divorce lawyer should give you a copy of your divorce decree after it has been entered in court. If you don’t have a divorce lawyer, you may be able to get a copy of the decree from the Clerk of the Court in the county in which you were divorced.

Do You Need a Certified Copy of Your Divorce Judgment?

Like any good divorce lawyer, I’ll tell you that the answer to that question is a definite: Maybe.

While not all of those agencies will require you to present a certified copy of your divorce judgment, some will.

In general, it’s better to err on the side of caution. If you can, get a certified copy of your divorce decree as soon after your divorce as possible.

If you don’t need it, that’s fine. But if you do, you won’t have to scramble to order it from a government agency years after the fact.