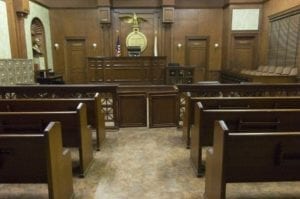 Going to court without a lawyer is rarely a good idea. Getting divorced without a lawyer, where your children, your assets, and your future income are at stake, is a really bad idea. Yet, sometimes, you don’t have a choice. You may not have the money to pay a divorce lawyer. Or, your divorce lawyer may have just quit, leaving you to fend for yourself. Or, you may just want to go the DIY divorce route because you think you can manage on your own.

Whatever your reason, if you find yourself in the DIY divorce boat – whether by necessity or by design – one of the most difficult tasks you face is knowing what to do when you are going to court alone. Where do you stand? When do you speak? How do you know when its your turn? What should you bring with you? And, most of all, just what should you do?

While there is no substitute for consulting with a good divorce attorney, if you find that you have to get divorced without a lawyer, here are seven things you need to know to make your trip to divorce court as productive as possible. 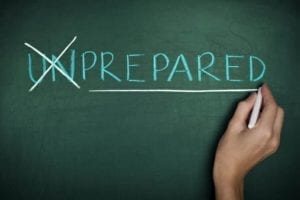 There is a reason that this is the Girl Scout motto. It works.

If you are going to court without a lawyer, you have to be as prepared yourself as a lawyer would be. Make sure you bring all of the court documents and financial documents you need with you to every court appearance.

If you don’t know what court documents you are going to need, bring them all! The quickest way to aggravate the judge and waste everyone’s time is to walk in the door without the paperwork the judge needs to see in order to make a decision.

You can bring all of the paperwork you want, but if you can’t find what you need when the judge asks you for something, its not going to help.

Lawyers typically organize separate documents by type (e.g. tax returns, court orders, financial disclosures etc.) and by date (with the most recent documents on top). If you organize things differently, that’s okay. The key is to be able to find whatever document you need when you need it. 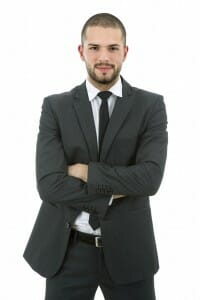 Knowing what to wear to court is a little thing that makes a big difference in how well you do. (I know. It shouldn’t. It does. Deal with it.)

The court room is not a baseball field, a factory, or a nightclub. It is not appropriate to wear torn blue jeans, crumpled athletic clothing, dirty T-shirts, or anything overtly sexy and suggestive.

Like it or not, you will be judged (if not directly, then at least subconsciously) by what you are wearing. Dressing like a slob, a freak, or a hooker will not help your case.

Don’t just be on time: be early! When it comes to going to court the best motto is: “Early is on time, and on time is late!”

Remember, you don’t know where you’re going or what you’re doing. You’re going to need extra time to figure out where to park, how to get into the building, and where to find the right court room. You will probably need to go through security, and there will probably be a line.

If you don’t allow yourself extra time, and you get to court late, you may find that your case has already been called, and that the judge went forward without you (which is never a good thing.)

It doesn’t matter that you are doing a “DIY divorce.” You will be held to the same standard as any attorney who walks into the court room.

That means you need to know the court room “rules.” Since every court room in every county and every state is different, the best way to figure out the rules is to watch what other people are doing.

If you can, ask someone whether you are supposed to check in before your case is called. Ask someone what to do and where to stand once the clerk calls your name. Do your best to figure out how the court room is run before you have to stand before the judge and say anything. (TIP: If you can, go to court a week early and just hang out in the court room for a morning and see how everything works. Doing that will help you level up your knowledge and ease your anxiety when you have to present your own case yourself.) 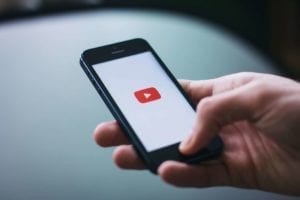 6. Turn your cell phone off BEFORE you get into the court room!

If you are allowed to bring your cell phone inside, turn it off immediately after you walk in the door to the building. After you turn it off, put it away! It is considered disrespectful for you to be on your cell phone while court is in session.

If your cell phone rings while you are in the court room, and court is in session, not only will it interrupt everyone, and embarrass you, but you run the risk of having the sheriff in the court room confiscate it. (One judge in my area used to have a sign on her court room door that read,” Anything that beeps, buzzes or rings in this court room WILL be confiscated!”)

7. Don’t argue with the judge.

When you’re presenting your case, it’s important to tell the judge your position. It is equally important to give the judge whatever evidence you have to prove your point. Finally, you will be allowed to “argue” your position and try to persuade the judge that s/he should rule in your favor.

But “arguing your case” means arguing with your opponent’s position. It does NOT mean arguing with the judge!

When the judge talks, listen! Don’t talk while the judge is talking and don’t argue with what the judge says. It won’t help your case and, if you do it too much, it could get you thrown in jail. (This rule applies regardless of whether you agree with what the judge has to say or not!  Remember, the judge’s job is to make a decision. No matter what that decision is, chances are at least one of the two parties in front of the judge isn’t going to like it!)

Going to Court Without a Lawyer

Going to court without a lawyer is never your best choice. But if you have to do a DIY divorce, arming yourself with as much knowledge as you can about the court process will at least help you survive, hopefully with as little devastation as possible.

Just because you are going to divorce court alone, that doesn’t mean you have to be unprepared. Get your FREE Divorce Checklist to make sure you are not missing anything.