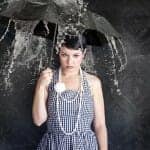 Bloomberg News recently ran an article about a former Wall Street portfolio manager who has been jailed so many times for failing to pay alimony that he now wears a nicotine patch and scrawls important phone numbers on his arm in permanent ink before he goes to his family court hearings. Ari Schochet, who used to earn a million dollars a year, lost his high-paying job, and now works as a part-time, entry level stock transfer agent. After his wages are taxed and garnished, he says he earns about $100 per month. That leaves him unable to pay his former wife the $100,000 per year in permanent maintenance and child support which a court previously ordered him to pay. He currently owes her $233,000 in past due support.


As a result of his failure to pay support, a New Jersey judge recently ruled that Mr. Schochet must spend nights and weekends in jail until he comes up with a $25,000 down payment on his arrearage. He has been jailed at least eight times in the past two years for failing to make his court-ordered payments. “It’s a circle of hell there’s just no way out of,” Schochet said. “I paid it as long as I could.”


Ari Schochet’s case, and others like it, have become a clarion call for alimony reform. Legislators in ten states, including New Jersey, are now considering laws to reduce or eliminate alimony. Rather than debating the question of whether the nations’ alimony laws are good or bad, and whether they should be changed (both of which are topics that could take up several blog posts), the more important question to me (and I suspect to the former Mrs. Schochet) is: given the fact that Mr. Schochet isn’t paying what he was ordered to pay, what do you do now?


You see, the part of the Schochet story that wasn’t played up in the news media is the fact that he and his ex-wife, Sharona Grossberg, have four children. Ms. Grossberg is currently working three jobs to try to support herself and the kids. So, while it is easy to feel outraged by how “unfair” the alimony system is to Mr. Schochet, the bigger question is: what about the kids?


I have no doubt that both Ari Schochet and Sharona Grossberg feel that the justice system has failed them. I have no doubt that each side feels like the laws are unfair and the system is broken. Mr. Schochet probably feels crushed by an enormous support obligation that he believes he can never pay. Ms. Grossberg probably feels cheated by a system that grants her “permanent maintenance” but gives her no way to actually get the money she is entitled to receive. Sure, she can keep taking her ex-husband back to court to enforce the support order. That is exactly what she is doing – with a vengeance. But that’s still not getting her the money to pay her bills. Plus, on top of working three jobs and trying to raise her daughters, she now has to keep running back and forth to court, and is no doubt racking up a sizeable legal bill in the process. So, what’s fair?


The truth is that there are two sides to every story, and often both sides are equally wrong and equally right. If someone is determined to scam the legal system, s/he will find a way to do it. The law can only do so much. The other truth is that the laws aren’t perfect. Sometimes the law, or the lawyers, or the judge, can be very heavy handed and seemingly unfair. It’s not unusual for a judge to order one party to pay support to the other party in an amount that seems unfair, or out of line with the facts of the case — or at least, out of line with that party’s view of the facts of the case! So, that brings us back to the important question: what about the kids?


Regardless of who is wrong or who is right, the fact of the matter in the Schochet case and many others like it, is: the kids need to eat. They need clothes, they need school supplies, and, most importantly, they need to have something close to a “normal” life. Providing for the kids, and for themselves, requires each parent to have a “Plan B.”


The payor parent who lost his or her job needs to step up to the plate and find another way to make money – as fast as possible. Maybe that means taking a temporary job that isn’t part of that person’s overall career path. Maybe it means working two jobs for awhile. Maybe it means using his or her savings to pay support for a while. The bottom line is that the payor parent needs to accept responsibility for supporting his or her ex-spouse and the children and do everything possible to live up to that responsibility rather than shirk it.


As for the payee parent, rather than kicking the payor spouse when s/he is down, you could try sympathizing and cutting that person a break as much as you can. Maybe the payee parent needs to cut expenses, or get a second job for awhile as well. If the payee has no job at all, then it’s definitely time to change that. Anyone who completely relies on someone else to support him or her forever is taking an enormous risk. If something happens to the payor, or, like Ari Schochet, the payor just doesn’t pay, the payee is going to be in big trouble. The bottom line for the payee parent is to accept responsibility for supporting yourself and your children, and to do everything possible to live up to that responsibility, too.


Life isn’t always perfect. The legal system is far from perfect. Divorce is never perfect. If you understand all of that from the very beginning, and you take the time to create a Plan B for yourself and your children, you will always end up better off.
________________