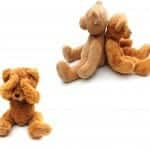 We have all read the studies.  Research about the effects of divorce on children doesn’t paint a pretty picture.  Studies have allegedly shown that kids whose parents divorce are more likely to smoke, drop out of school, and commit crime than kids from intact families.  It has been claimed that children of divorce suffer more strokes, have an increased risk of depression, are more likely to be overweight, and have more learning, emotional, and behavioral problems.  And, of course, they are much more likely to get divorced themselves.

probably felt like jumping off a very large bridge, or throwing yourself in front of a moving vehicle, in despair.  But, before you do, ask yourself one question: is all of that really true?

All Studies Are Not Created Equal

Now, at this point you may be thinking, “Of course it’s true! Divorce is horrible! It’s ugly! It tears apart families!  So many studies show that the effects of divorce on children are negative!  How could they not be true?”

The answer lies in the validity of the studies.

It turns out that it is very difficult to conduct a rigorous scientific study about the effects of divorce on children.  Human beings are such complicated creatures, and there are so many variables that can affect any person’s life, that it is extremely difficult to determine the effect one single event has on the rest of a person’s life, even if the event is something as life-changing as divorce. At least, that is what Drs. Danielle and Astro Teller have concluded in their new book, Sacred Cows: The Truth about Divorce and Marriage

In their book,  the Drs. Teller (both of whom have been divorced themselves) question both the studies that claim to show that children of divorce fare worse than children from intact families, as well as the conventional wisdom that says divorce is bad for kids. According to their analysis, the studies on the effects of divorce on children have not been scientifically rigorous enough to provide accurate data.

What does that mean? In some instances, it means that the studies were not big enough to be statistically relevant.  In other cases the studies didn’t control for enough variables to be accurate. For example, if you are trying to determine how children of divorce fare in school when compared to children from intact families, you also have to control for the other variables that affect how children perform in school – variables such as the parents’ educational level, the parents’ income level, whether the children suffer from learning disabilities etc. etc. If you don’t do that, then your results won’t be accurate.

So, what’s the bottom line? Am I trying to tell you not to worry, that divorce is actually good for kids?

But, I am also suggesting that you don’t automatically assume that just because you get a divorce, your children will be doomed for life.

The Real Effects of Divorce on Children 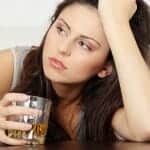 What damages children the most is not divorce. It is conflict.

A recent study conducted in the UK found that parents’ arguing and fighting BEFORE divorce was what really hurt kids. As researcher Gloria Moroni from the University of York stated,

“The main result of my research is that the fact that children of divorced parents have on average lower cognitive and non-cognitive skills compared with children of intact families is not necessarily due to divorce itself.”

Despite what you might think (or what naysayers would have you believe), your divorce will not cause your children to become juvenile delinquents, alcoholics, drug addicts, or high school drop outs. If you come from a divorced family yourself, you are not automatically destined to live a life of poverty, substance abuse, and illness.  You are also not necessarily destined to get divorced yourself.

Yes, divorce is hard and ugly and horrible.  Yes, divorce affects kids.  But so does a lot of other things, like the parents’ attitude and behavior both toward each other and toward the children.  As a matter of fact, many studies show that what really affects children badly is conflict between their parents.  So, if you allow your divorce to become like the War of the Roses, don’t be surprised if your children carry lifelong scars from your battle.  But, if you can control your emotions enough to truly put your children’s interests first, you just may be able to minimize the damage to children that people normally assume is caused by divorce.