What Does Pink Have to Do With It?

A New Jersey father in a contested custody case recently asked the court to declare that his wife had abused her parental discretion by taking their 11 year old daughter to a Pink concert. The daughter, who was a huge Pink fan, wanted to go to the concert.

After researching Pink’s concerts online, and deciding that they were age appropriate, the mother took the daughter to the concert. The father, however, thought that the concert choreography was too suggestive, and the language was too profane. (Pink dropped a few “F bombs” during the concert.)

The judge ruled in favor of the mother. The judge found that the mother “in no way” exceeded the bounds of reasonable parental judgment. Her decision to take the daughter to the Pink concert was, quite simply, not an example of bad parenting.

So, what does this have to do with your custody battle? Maybe nothing … or maybe everything.

Decades of social research has produced countless parenting studies on all kinds of child-raising issues. Unfortunately, many of the studies contradict each other and none of them show the one be-all and end-all way to absolutely parent your child that is 100% guaranteed to produce amazing, intelligent, talented, successful and well-adjusted kids.

In other words, different parents can have different ways of raising kids … and that’s ok.

Obviously, if a parent is doing something that puts her child in grave physical or psychological danger, that’s different. But, as the New Jersey judge found, taking your 11 year old to a Pink concert does not put her in that kind of danger.

The bigger question, though, is not what the judge thought about the concert, but what effect the father’s attempt to use the concert against the mother in the parties’ custody battle will have on the judge’s decisions in the future.

Clearly, the father thought that the judge would agree with him that an 11 year old should not be allowed to go to a rock concert. The father probably hoped that the judge would find that his judgment and his values were far superior to those of his soon-to-be-ex wife. Otherwise, he would not have brought up the issue in court. Or, maybe the father genuinely thought that going to the Pink concert would scar his daughter for life. Perhaps the reason he went to court was to save his daughter from the ravages of rock-and-roll. Maybe. (Okay. It’s a stretch. But, you never know!)

The problem is that the judge’s job is not to tell you (or your spouse) how you should raise your kids. The judge is not the moral arbitrator of your family’s values. Even if the judge happens to share your values (which is never a sure thing), the decisions s/he makes in your case is not supposed to be based on anyone’s values. It is supposed to be based on the law.

What the “best interest” of your children means 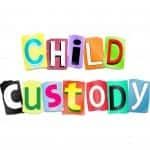 The reason that so many parents have problems when it comes to custody is because they assume that what they believe is “best” for their child, is in fact in their child’s best interest. But that is not what the law provides.

The “best interest” of a child is a legal term with a legal definition. What you think is “best” for your child is a subjective, value judgment. What a judge determines is in your child’s “best interest,” on the other hand, is a legal decision.  That decision is (hopefully) going to be based on a variety of very specific legal factors, not on one parent’s moral values.

All parents disagree from time to time about what their children should or should not do. That’s normal. But most parents (even divorcing parents) work out those disagreements themselves. They don’t try to use the fact that their spouse disagrees with them as evidence that their spouse is a bad parent.

How to Lose Your Custody Battle

Most judges believe that, absent abuse, it is in a child’s best interest to have a relationship with both parents. Most judges also know when they are being played … and no one likes to be played.

If you try to leverage an ordinary parenting disagreement with your spouse to get an advantage in your custody case, you run an enormous risk that the judge is going to get irritated with you, instead of with your spouse. The judge may interpret your actions as interfering with your child’s relationship with your spouse. Instead of painting your spouse as the “bad” parent, you will instead be portraying yourself as the uncooperative parent.

This is not the way to win a custody dispute. It is also going to do very little good for your own relationship with your kid. 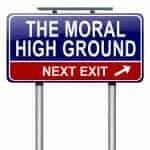 You don’t get custody of your child by being “morally superior” to your spouse. You don’t “win” by proving that your spouse is a horrible parent or a rotten human being. Custody is, and always should be, about your child, and about doing what is really in your child’s best interest. Focus on that, and you may be surprised to find that you don’t have a custody battle left to fight.

To get a FREE Resource Guide listing the most popular automated parenting schedule tools, CLICK the BUTTON below.