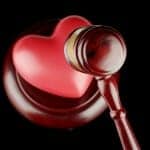 When I was young I believed, as most young girls do, in true love. I believed that when you found the man of your dreams, you fell in love, got married, and lived happily ever after. But then I grew up.

I learned that love can be blinding, and sometimes the person you thought was your “dream come true,’ turns out to be more of a nightmare – or at best a horribly dull daydream. I learned that no one has a crystal ball. Most of all, I learned that life happens, and people change.

Then I started working in divorce. And, I learned even more. I learned that no one is more devastated by divorce than those who are going through it. I learned that divorce is a gut-wrenching, heart-ripping, life-altering event that knocks down even the toughest men, and the most “upstanding” women. No one gets through it unscathed. 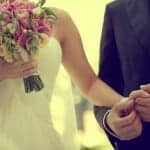 No one walks down the aisle of marriage believing they will get divorced. Even those people doubt whether marriage is really for them, or who aren’t entirely sure that they are marrying the right person — even those people believe, at least on some level, that their marriage will work – that they will be happy.

They believe in love. So do I …. and that is precisely why I believe in divorce.

Love is strong and love is real. But you can’t force yourself to love someone. (I’ve tried.) You also can’t force them to love you back. (I’ve tried that, too.) Yes, you can force yourself to stay married. For awhile you may even be able to force your spouse to stay married to you. But staying married is entirely different than staying in love. And, once the love has left your marriage – and left it for good — the question becomes: should you stay?

But love isn’t so easily controlled.

We live in a world where we are blessed to have the opportunity to marry for love. For most of history, it wasn’t that way. People got married, and stayed married, for economic reasons. It was easier to survive when you pooled your resources. People married for social reasons, when your place the world was determined, or at least strongly affected, by who you married. People got married because their religion, or their family, required it. Love, in those days, had nothing to do with marriage. 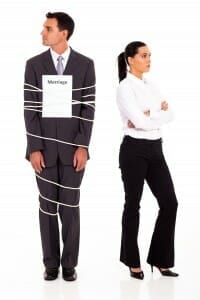 Can you imagine what it would be like to have to stay married to someone you despised, or who despised you, for the rest of your life simply because you have no other choice? What if that person was ignorant, abusive, or cruel? What if you knew you could never do what you wanted, or be who you wanted, if you stayed married, but divorce was not an option?

To all those who truly believe that divorce should never be an option, I wish you the best. I hope that your spouse is wonderful, your life is fulfilling, and that you live happily ever after. 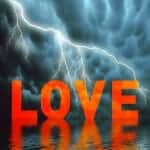 You may not believe that right now. But, if you can find it in yourself to open your heart again someday, you may be amazed at the love that comes flooding in! Sometimes, ironically, your divorce can actually move you forward so that you can find the love you have always sought. But, love won’t come in, it can’t come in, if you won’t let go of the ashes of the past.

I believe in divorce because I believe that everyone has the right to find true love. Everyone has the right to choose how they want to live, and with whom they want to live. Sometimes those choices bring pain. When someone you love no longer loves you, it hurts like hell. But trying to hold onto that person has nothing to do with real love. Holding on to someone who wants to be free speaks more to your fears than it does to your love.

A divorce lawyer who believes in love? Absolutely!