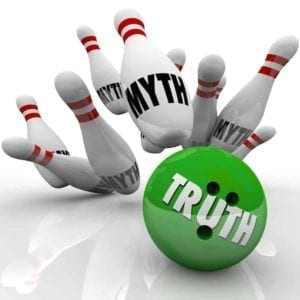 What if everything you believed about divorce turned out not to be true? While chances are that some of the “divorce facts” that you believe actually are true, unless you are a divorce professional and you understand how the divorce system really works, chances also are that a lot of the things you believe about divorce are not true at all.  What is worse, believing these divorce myths can cost you time, money, and a whole lot of grief and aggravation. Here are the biggest divorce myths floating around today. 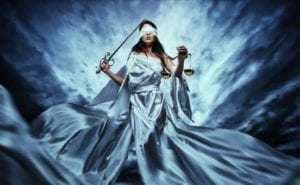 2. The Judge Will Rule in My Favor. So many people want their day in court because they are convinced that the judge will see things their way. They are so deeply entrenched in their view of life that they can’t imagine that any reasonable person would not see life the way they see it. The problem is that the things most people think they can prove in court turn out to be no more than hearsay. The explanations people have for their behavior are often irrelevant. Judges are guided, not only by the law, but by their own opinions and life experiences. The simple truth is, you never know for sure how a judge will rule until the judge rules.

3. Assets in a Divorce are Divided 50/50. In most states, marital property is divided “equitably,” not equally. “Equitably” means “fairly,” based upon all of the factors that the law deems relevant. (And, remember myth #1 about the “fairness” of divorce.) If you live in one of the 9 community property states, then your marital property will be divided equally. But, in all states, what is divided is “marital” property. Not all property is marital. And, if you have a prenuptial agreement, your property may be divided according to the terms of that agreement. All of that means that, in the end, your property division may not be 50/50. 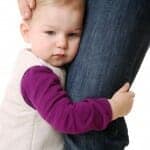 4. The Children Can Choose Who They Want to Live With. Contrary to what most people believe, minor children do not get to choose which parent they want to live with … ever. When they turn 18 and are no longer legally considered to be minor children, then children can choose where they want to live. Until that time, they can have an opinion, and they may or may not be able to voice that opinion to the judge. But, if parents can’t agree on where their children will live, the judge will decide the issue based upon “the best interests of the children,” not what the children want.

5. Divorce is Primarily a Legal Problem. Yes, divorce obviously has a legal side. Only a judge can grant a divorce, and every divorce judgment has to be made in accordance with the law. But, the truth is that divorce is about 80% emotional, 10% financial, and 10% legal. That’s why it is so important to deal with your emotions when you are going through a divorce. Once you get your emotions under control, it becomes infinitely easier to put the legal and financial pieces in place.

6. Custody of the Children Always Goes to the Wife. Ok. I’ll be honest. In my experience, and based upon what I’ve studied, women do tend to get custody of the children more often than men. But they don’t always get custody. More and more men are fighting for, and winning, custody battles these days. But, who gets custody is going to be ultimately determined by what is in the best interest of the children. If anything, many judges these days seem to favor awarding joint custody to both parents whenever that is possible. 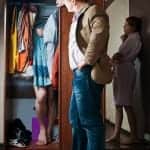 8. One Spouse Can Stop the Other from Getting a Divorce. No fault divorce is now universal in the United States. That means that, if one spouse doesn’t want a divorce but the other one does, the spouse who doesn’t want the divorce can make it take longer, or cost more. But one spouse can not stop the divorce altogether.

9. A Parent Can Deny Visitation if the Other Parent Does not Pay Child Support. Child support and Visitation/Parenting time are two separate issues. Absent abuse or other extenuating circumstances, every parent has a right to spend time with his/her children. Every parent also has an obligation to support his/her children. But just because a parent may be behind in his/her support obligations does not mean that s/he does not get to spend time with the kids.

10. If I Don’t Like My Divorce Settlement, I Can Change it Later. Believing this divorce myth can really hurt you later on. Divorce judgments are final. That means that, once they have been entered, for the most part, you can’t change them. Yes, you may be able to modify the provisions that pertain to support, or to parenting schedules and parenting issues. And, of course, if your divorce judgment was entered into as the result of fraud or duress, you may be able to change it later. But changing most of the terms of the divorce judgment based upon fraud or duress is terribly difficult. So, when you are entering into a divorce judgment you need to treat it like it is set in stone. For the most part, it is.

Make sure you really understand what you need in divorce.  CLICK the button below to get your FREE Divorce Checklist.